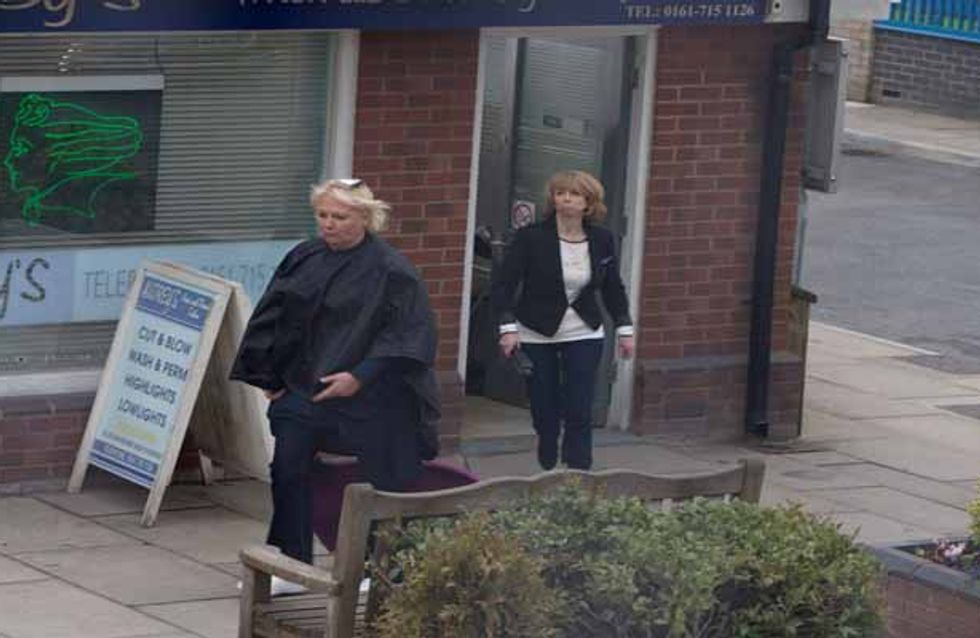 With some encouragement from Eileen, Michael sets off to clear the air with Gail, in the hope they can salvage their marriage. As they have a heart to heart, Michael explains to Gail how much she hurt him with her web of lies. Gail begs him to give her another chance and assures him there will be no more secrets. Agreeing that honesty is the best policy, Michael admits that his recent heart do was brought on by a moment of intimacy with Eileen. How will Gail react to the news that Michael got frisky with her nemesis?

Clearly in love, Dev puts pressure on Talisa to be honest with her husband and tell him it’s over for good. Meanwhile Tracy reminds Brian about his lunch date with Julie Carp. Brian’s bemused when a stranger approaches him in the bistro explaining she’d love to travel the world with him. What is Tracy’s game? Unimpressed, Brian’s about to leave when he clocks Dev and Talisa deep in conversation. As Dev takes Talisa’s hand, Brian grows suspicious. Finding Julie, Brian warns her that Dev’s intentions towards Talisa might not be platonic. Suspecting Brian is right, Julie goes in search of Dev, but will she overhear more than she bargained for?

As her strange behaviour continues Roy wonders what’s behind it.

Jason, Kirk and Gary arrange a poker night in the Rovers. When Dan calls in the Rovers he invites himself to join the lads for the game.

Gail rages at Eileen. Eileen does her best to defend herself, assuring Gail they only kissed and Michael isn’t really her type, but this only serves to fuel Gail’s anger. Gail pursues Eileen out of the salon and the two women fight on the street. The Platts watch in horror as Gail and Eileen brawl on the cobbles. In her rage Gail makes some disparaging remarks about Michael but her anger quickly turns to regret as she spots Michael who’s heard every word. Can he forgive Gail’s behaviour or are the couple back to square one?

Clearly embarrassed, Dev apologises to Talisa for misreading the signals. Julie explains to Mary how she overheard Dev declaring his love for Talisa. Over dinner, Julie confronts Dev and Talisa. Dev’s mortified and begs Julie to give him another chance. Will she agree? Meanwhile when Talisa delivers a few home truths to Dev it looks like Julie could be having the last laugh!

Carla inveigles her way into the lads’ poker night, finding herself on a winning streak she wipes the floor with the men, much to Dan’s disgust. Oblivious to the contemptuous way he behaved towards Carla, Liz gets cosy with her new man.

Nick tells Carla that Erica has moved back to her Mum’s and is refusing to take his calls. Carla’s sympathetic. 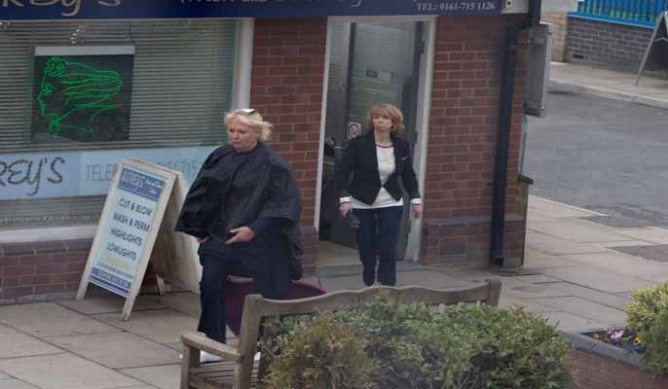