Coronation Street 29/1 - Kevin opens his door to a shock

Rita calls at Jenny’s flat and finding her visibly scared and clearly in a bad way, insists she’s coming to live with her. Jenny’s cries in Rita’s arms. As Jenny gathers her things, she confides in Rita how she’s dreading facing Kevin and Sophie again. Rita assures her they’ll cross that bridge together. But as Rita and Jenny arrive back on the street, they come face to face with Kevin, Sophie and Jack!

Deeply embarrassed Mary apologises to Asha and Aadi for her unacceptable behaviour and hands in her resignation to Dev. Dev’s stunned and begs Erica to try and persuade Mary to retract her resignation as the children are devastated. At Erica and Liz’s insistence, Mary joins them for a glass of wine. As they suggest she was too hasty handing in her notice, a woman approaches and introducing herself as Bridget, explains that she’s Brendan’s wife. Mary’s horrified.

In the hospital, the consultant delivers the news about Hope’s operation. Will Fiz and Tyrone get the good news they’re so desperate to hear?

Gail fusses round Audrey as she recuperates on the sofa at No.8, relieved that she suffered an angina attack and nothing worse. Ken calls with flowers but when he tries to discuss her feelings for him, will Audrey be quite so ready to open up? Richie O’Driscoll calls in the factory and invites Aidan and Johnny to a drinks party at his house on Monday.

Putting a protective arm round Jack, Sophie vents her anger on Jenny demanding to know what she’s doing back on the street. At No.13, Jenny pours her heart out to Kevin explaining how mentally ill she’s been but with the help of counselling is now a lot better. Kevin listens, conflicted. In the Kabin, Sally rounds on Jenny but Kevin arrives and tells Jenny that while she must stay away from Jack, she’s welcome to live with Rita as far as he’s concerned. Sally and Norris are flabbergasted whilst Sophie's deeply upset by Kevin’s attitude towards Jenny. Likening his own situation with Jenny to hers with Phelan, Kevin suggests it’s time for Anna to forgive and forget. Will Anna take his words on board or will she decide there’s no future for their relationship?

Calling Mary a trollop, Bridget slaps her round the face. As Mary explains how she and Brendan are in love, Brendan arrives and denying all knowledge of their affair, dismisses Mary as one of his weird fans. Mary’s heartbroken. As Bridget bundles Brendan into the car, Dev orders him to stay away from Mary. But will Brendan heed his words? Deeply upset, Mary heads back to No.7. Finding her with her bags packed Erica decides it’s time for a woman to woman chat, will she be able to convince Mary to stay and face the gossips?

As Tyrone and Fiz share the news about Hope with their friends and family, Fiz tells Tyrone it’s time they also face up to their mounting debts.

Over a drink, Johnny persuades Aidan that for the sake of the business they need to bury the hatchet. Will Aidan agree? 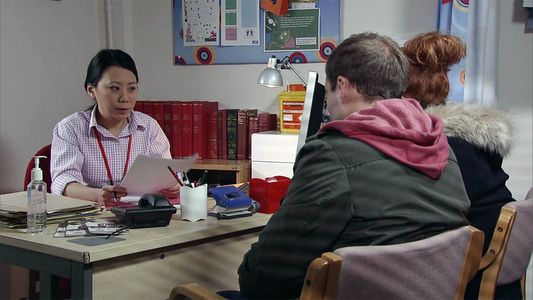