Coronation Street 29/10 - The pressure proves too much for Alya

As Gary and Jason set off to work, Gary tells Jason that he’s going to have to quit his job as Sharif’s given him a stake in the gym. Alya’s horrified to discover Gary has signed the contract for the gym and has asked Jason to be his best man. Her anxiety evident, Alya drags Gary into No.6 and confesses that she’s had sex with someone else. Deeply shocked, Gary asks Alya who she had sex with.

As Cathy hosts an art class at the community centre, her sister Nessa arrives in a state and tells her that son Alex has gone missing. Ken and Audrey feel for her and offer to help in the search. As Nessa thanks Ken and Audrey for their help, Audrey’s quick to explain that they’re not a couple. Ken’s quietly disappointed whilst Nessa seems pleased.

As Norris, Rita and Mary dress the Kabin for Halloween, Norris complains that the delivery of The Inexplicable is overdue again. When Brendan, the magazine’s editor calls in the Kabin with a batch of the latest edition, he berates Norris for his rude phone call and Mary’s clearly smitten.

Sophie trawls the internet looking for garage premises for Kevin. Kevin’s impressed at her business sense and Sophie suggests he should give her a job. When Tyrone and Fiz dress Hope and Ruby in their Halloween costumes, Hope insists they should dress up too. Tyrone’s quick to oblige! 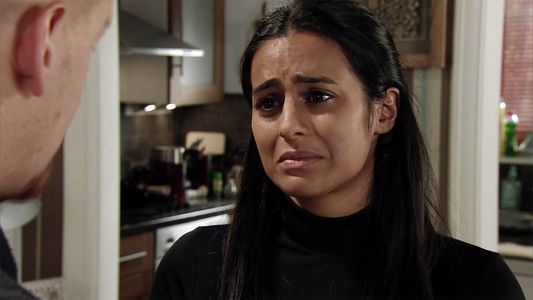