When Michelle reminds Steve they’re taking Amy to the panto this afternoon, he does his best to appear enthusiastic, but Liz can see his heart isn’t in it and whilst nobody’s looking Steve slinks off back to bed. Meanwhile Eileen and Michael are concerned to discover they’ve not been paid. When they can’t get hold of Steve, Andrea phones Lloyd in Spain who assures her it must be a bank glitch and gives her the account details. But as Andrea accesses the Street Cars bank account online, she’s horrified to see that the business is £10k overdrawn!

Roy is interviewed by the police. Full of self-loathing, he describes how he thought Gary was one of the teenagers who’s been hounding him. He admits that he hit Gary repeatedly with a cricket bat and deserves to be punished. In the hospital, Anna’s shocked by the extent of Gary’s bruises and further appalled when he confesses to trying to steal from the café till. In an attempt to protect Roy, Gary lies to the police, telling them that Roy only hit him once. The police officer is sceptical. Will Roy pay the price for his unreasonable force?

Leanne returns to the bistro as manager. When Gavin suggests they should put some modern art on the walls, Leanne’s impressed and Gavin’s pleased to have won her over. But when Leanne demands a reference from Gavin’s previous employer and his national insurance number, inwardly Gavin panics.

Norris shows Ken, Rita and Emily his new satellite map on his tablet. As he zooms in on Coronation Street, they notice a cloud of strange white smoke outside No.1. Having checked the date the photo was taken, the day Blanche died, Norris wonders if the white apparition is Blanche’s ghost! Nick treats Erica to a Spanish lunch in the bistro followed by a Spanish siesta in his flat.

Eileen, Michael and Andrea study the Street Cars bank account, flabbergasted by Steve’s apparent spending spree with the firm’s money. In his bedroom, Steve listens to his messages, knowing he’s let Amy down over the panto and that his financial mess has finally caught up with him. Liz finds Steve hiding in his bedroom and demands to know what’s going on. Steve drags himself downstairs and tries to bluff his way out, telling Eileen and Andrea it’s just a cock-up at the bank and he’ll sort it out. But when Eileen and Andrea start listing all the transactions Steve’s made on the account, Steve feels the pressure building. How will he respond?

Roy admits to Anna how he repeatedly hit Gary with the cricket bat, even as he tried to escape. Shocked, can Anna forgive Roy? Meanwhile Kal breaks the news to Alya that Gary’s in hospital after trying to break into the café. He warns her that Gary’s nothing but trouble. Will Alya heed her family’s warning to stay away from Gary or are her feelings too strong?

Gavin steals the real Gavin’s national insurance details and hands them to Leanne. Will he get away with his deception?

Erica explains to Nick that she’ll no longer be returning to Spain as she has to stay and look after her mother. How will Nick react to her news? 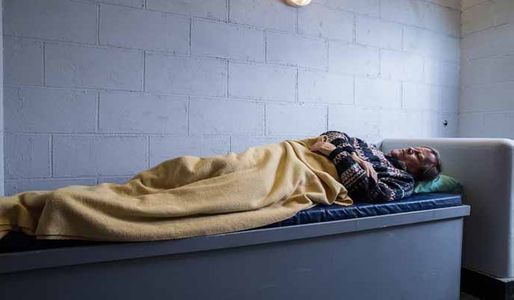