Jason reaches a decision and announces to Eileen and Phelan that he’s leaving for Thailand later today. He visits Sarah in hospital and tells her of his plans. Sarah gives him her blessing and insists he must forget about Callum and enjoy himself.Eileen, Todd and Sean bid Jason an emotional farewell. Phelan gives a smile of satisfaction as Jason’s taxi pulls away.

AMY SETS UP STEVE AND MICHELLE Amy berates Steve for letting Michelle go, pointing out she’s the best thing that’s ever happened to him. Subdued Steve admits Amy’s right. Maria lets herself into Carla’s flat and is startled to find Michelle there. Michelle explains that the job on the cruise ship fell through but Steve mustn’t find out she’s back. When Amy tells Maria how much she missesMichelle and how much Steve misses her too, Maria’s conflicted. Michelle heads out of the flat and is taken aback to find Steve waiting for her. Amy admits she set them up. Steve begs Michelle to give him another chance. Will they reunite?

Determined to make a fresh start,Leanne tells Eva she’s going to look for a new job. She resigns from the bistro leaving Robert flummoxed. Leanne apologises to Nick for messing him about but tells him she’s decided to go for a completely clean break and look for a new job. Nick’s understanding.

In the flower shop Tracy suffers a stab of pain and doubles over. Beth takes her to the medical centre where the doctor refers her to the transplant clinic. When Kirk admits that he fell asleep over a board game at Norris’s and that’s why he didn’t come home, Chesney tells him it’s time to choose between Beth and Norris. Kirk finally snaps and tells Norris he’s happy to visit him now and again, but Beth is his wife and he loves her. Beth’s thrilled.​ 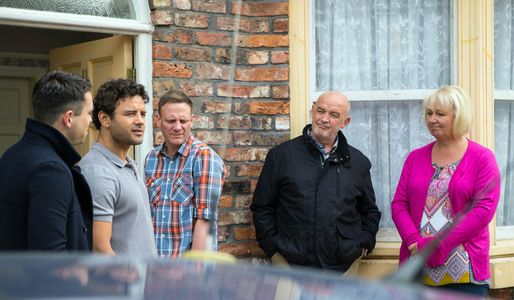