Coronation Street 29/8 - It's A Dark Day For Maria

Instructing Aidan to pack his stuff and move it over to her flat, Eva heads out to find Maria. Aidan masks his concern. In the salon, Eva and Audrey needle away at Maria suggesting she should never have split up with Luke. Maria finally snaps and telling Eva her relationship with Aidan won’t last, storms out. Smarting after her exchange with Maria, Eva’s even more put out to discover Aidan hasn’t even started packing. Meanwhile finding the door to her flat open, Maria enters with trepidation as a burglar lurks in the shadows.

As Maria and Liam walk Ozzy on the Red Rec, they’re shocked to find Caz sleeping rough on a bench. Explaining that the army has kicked her out, Caz hopes Maria will take pity on her. But pointing out she’s already had her fingers burnt once, Maria hands her some cash and tells her she’ll have to sort herself out. A kid approaches Caz on her bench and whilst he distracts her, his mate steals her rucksack. Caz is at the end of her tether.

Having cast her eye over Phelan’s development proposal,Sally assures him he has her full support. But when she finds out from Tim that the proposed development will mean the knocking down of the community hall, Sally tells Phelan and Eileen she may have to withdraw her support. Phelan fumes.

Loved up after spending the night with Johnny, Jenny tells him she’d better get going as they wouldn’t want anyone to spot her leaving his flat. With Johnny out at a meeting, the girls down tools, produce an array of snacks and sit back to watch a film in the factory. Jenny’s appalled.Concerned for Bethany’s welfare, Gary asks Craig to keep an eye on her.

Shoving Maria out of the way, the burglar makes a run forit. Maria falls, cracking her head on the edge of a table. Caz calls at Maria’s flat and is horrified to discover she’s been attacked. While tending to Maria’s wound, Caz phones the police to report the burglary. The police question Maria who breaks down as she relives her ordeal. Caz comforts her.Scared at the thought of being on her own, Maria asks Caz if she’ll stay over. Caz is only too pleased to act as Maria’s rock but is there to this than meets the eye?

Sally explains to Phelan and Eileen how the building he intends to pull down currently houses a film club which Alex attends. Realising he needs to have Alex on side, Phelan takes him for a drink. Phelan calls at No.4 with Alex in tow and explains to Sally that he’s had a rethink and would like to include some extra affordable housing. Tim remains sceptical.

Having brought in the last of Leanne’s things, Nick cracks open a bottle of fizz and tells Liz, Michelle, Steve, Leanne and Dev how happy he is that they’re back together.

When Kate warns the factory girls that Johnny’s on his way back, they quickly kill the film and clear up the debris. Johnny enters to find the girls beavering away. Grabbing a moment withJohnny, Jenny gives him the heads up on how the factory girls have been taking him for a ride.Fuming, Johnny accuses the girls of wasting work time and docks their wages. As Sean suspects someone grassed them up Jenny squirms. Craig explains to Bethany how Gary has asked him to keep an eye on her. Bethany’s quietly chuffed at Gary’s interest in her.​​​​​​​ 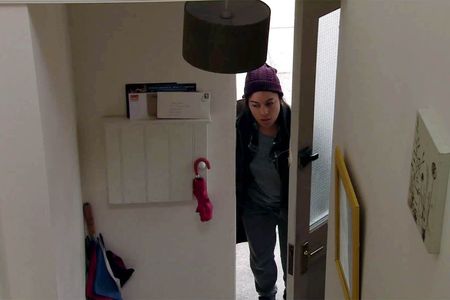