Coronation Street 30/12 - Anna Has The New Year From Hell 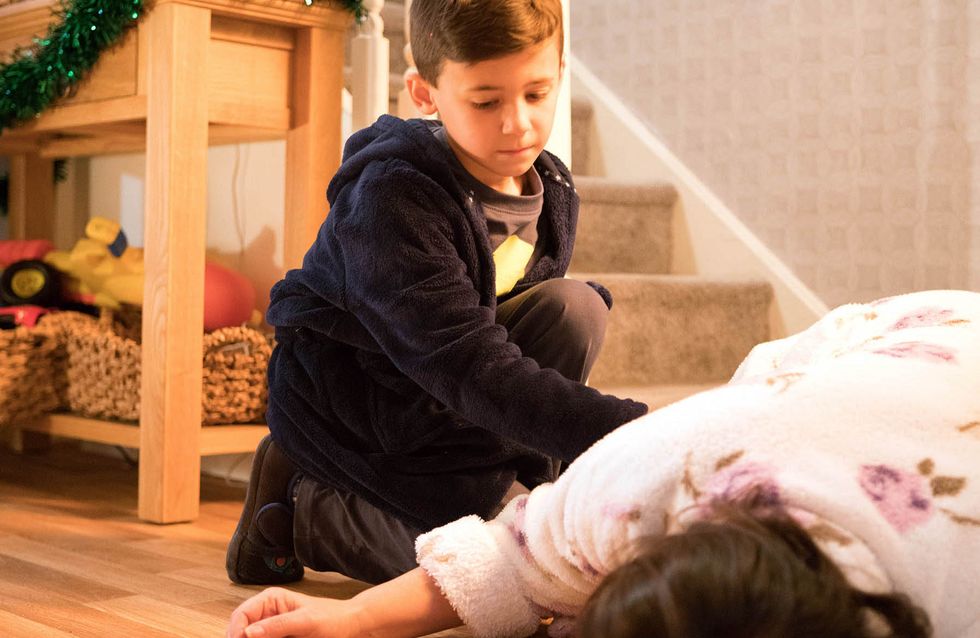 When Seb calls at No.13 and invites Faye to his family’s New Year’s Eve party, Anna reluctantly lets her go. Without Faye and Gary, and Kevin out on a breakdown, Anna is alone with Jack when she tumbles down the stairs in the dark and lies unconscious in the hallway. Unable to wake her, frightened Jack lets himself out. In the Rovers, the regulars count down to midnight as Jack stands alone on the street, clearly scared. Will anyone come to Anna’s rescue?

When Jude calls in the Kabin, Norris quizzes him closely and makes it clear he’s to look after Mary properly in South Africa as she’s a dear friend. As Mary, Dev and the twins share an emotional farewell, Mary secretly starts to wonder if she’s doing the right thing. Mary’s friends gather in the Rovers to wish her well. But is Mary getting cold feet about the whole thing?

Clearly hurt, Simon tells Peter he saw him kissing his new girlfriend and realises she’s the reason for his return, not him. Peter’s shocked.

Andy’s scared witless as he questions his future on the street. Desperate to get away, Andy phones a mate in Newcastle and asks him if he can crash on his floor. Whilst Steph, Tracy and Luke celebrate New Year in the bistro, Andy slips out. Will he make his getaway? When Jenny moans to Johnny about how difficult she’s finding it living with Gemma, Johnny suggests she moves in with him. Will Jenny agree? ​​​