Tina and Rob decide to be friends and forget about their kiss, but when Tina gives him a peck on the cheek Peter spots them and tackles Rob. Jealous much?! Rob accuses him of fancying Tina and Peter responds with his fists. But when Tina storms around to Peter’s to confront him, will her anger turn to passion?

Hayley is devastated that she only has weeks to live and can’t face telling people. She asks Roy to break the news, and he tells Fix, Anna and Tyrone whilst Carla goes to talk to her.

Nick is determined to pull himself together, and starts his training session with Kal, and Leanne is pleased to see his development.

Elsewhere, Maddie turns her nose up when Sophie announces she will be writing for their new magazine. Tracy wants Rob to move into No. 1.

Peter and Tina start tearing each other’s clothes off when Roy comes up to get his shopping bag back and almost catches them.

Hayley is shocked when Carla barges in, despite Hayley telling Roy she didn’t want to see anyone. She soon cheers up as Carla chats away to her and she decides she needs to talk to Roy properly about her impending death.

Gail worries about Nick living alone now Leanne has moved out, but Nick is determined to protect Leanne until he gets better.

Elsewhere, Sally’s pleased that Sophie is trying out journalism and Tracy tries, in vain, to soften Deirdre. 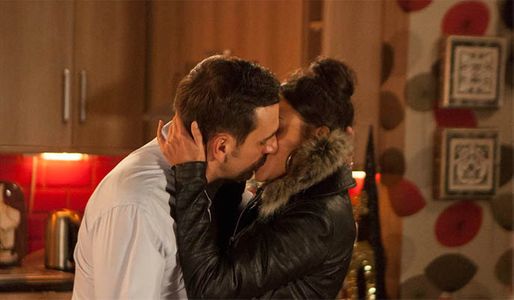