When Tyrone tells Fiz about the abusive texts Caz has received from Maria, Fiz is disbelieving and reckons Caz is exaggerating. Meanwhile Caz calls in the factory and tells Kate that she’s finally leaving for good. Kate forgives her crazy behaviour and agrees to draw a line. But when Caz suggests a farewell drink, Kate refuses point blank. Kate’s phone later rings but when she sees the caller is Caz, she quickly kills the call. Maria arrives home from London and is furious to find her flat a mess, with furniture on its side and broken glass on the carpet. When Aidan and Eva suggest Maria should report Caz to the police, Maria admits she can’t take the risk as she’s guilty of an illegal marriage and needs to keep her head down. But as Maria sets to cleaning up the mess in the flat, she’s horrified to discover blood splattered up the wall, what has gone on?

When Sharif finds Dev reading the gym accounts, he quickly whisks them off him and assures him that he’ll look after the books. Having printed off another set, Dev shows Zeedan the gym accounts which show a transfer of £14k to Sharif’s personal account. Zeedan’s shocked. Entering No.6, Zeedan confronts Sharif and demands to know what’s going on.

Wishing Leanne and Nick well with their 20 week scan, Michelle reveals that Steve is hoping she’ll have a boy. Will Leanne and Nick decide to find out the sex of her baby at the scan. ​The staff at the Rovers prepare the pub for a Halloween party.

​​ Kirk and Aidan call at Maria’s flat and survey the mess. Kate’s horrified when she receives a voice message from Caz sounding terrified and telling her Maria has locked her in the bathroom and she fears for her life. Kate plays the message to Aidan. Kate arrives at Maria’s flat and having spotted the blood stained wall becomes more convinced than ever that Maria has attacked Caz. Having been summoned by Kate, the police call at Maria’s flat and question her about the events surrounding Caz’s disappearance. Will the police find any evidence to explain the strange goings on and has Maria got any answers?
​

Clearly upset, Zeedan accuses Sharif of ruining his Dad’s business. Realising Zeedan has found out about the £14k, Sharif makes out it was a temporary loan and the money will be back in the account in a couple of days. Yasmeen’s left wondering why he needed the money. Zeedan pours his heart out to Rana telling her how much he misses his parents. But when he stuns her with a shock proposal how will Rana respond?

In the shop, Erica complains to Dev about the awful new uniform he expects her to wear. She’s taken aback when Dev asks her to move in with him. Will Erica take Dev up on his offer? The Rovers Halloween party takes place with staff and regulars dressed up.When Simon overhears Peter telling Tracy he regrets not being a better son to Ken and intends to be the best Dad he can for Simon, Simon launches himself at Peter and hugs him close.​ 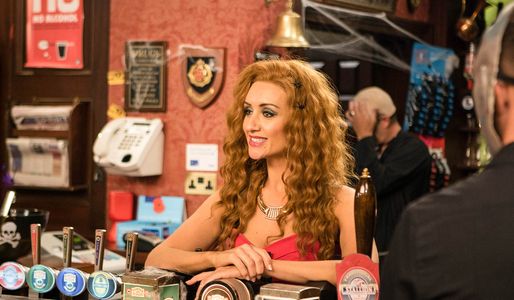