As Tracy and Amy pose for photos outside the wedding venue, Rob tries to read Carla. Will Carla stand by her brother and watch the wedding go ahead or is Rob and Tracy’s perfect day about to be blown apart?

As Michael and Gail enjoy their sushi, they’re interrupted by David and Kylie who insist on joining them. When David accuses Michael of having an affair with Eileen, Michael is forced to tell Gail how Eileen accompanied him to his hospital appointment. Gail’s furious that he chose to take Eileen rather than her. But when Michael reveals his results Gail is silenced. 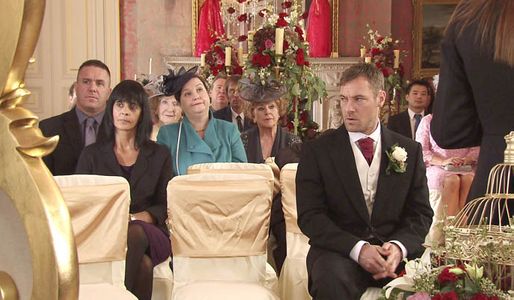