Ken offers to help Roy clean the graffiti off the café windows but Roy insists he’d rather be alone. Gary arrives back from hospital and calls in the café to see Roy. Gary tells Roy how sorry he is for breaking into the café and how he deserves to be punished. Roy feels guiltier than ever. Meanwhile Alya calls on Gary and wishes him a happy new year and a new beginning. Will the couple reconcile?

Realising that Michael’s been evicted from his flat (he was unable to pay his rent due to not receiving his Streetcars wages), David allows him to move into No.8 until he sorts himself out.

Worried about Steve’s financial predicament, Liz tells him he can borrow the funds from the Rovers’ account to pay his staff. Steve’s grateful. But as he plucks up the courage to present Michelle with the bracelet he bought her, he overhears her telling Tony how Steve is her past and she’s looking to the future now. How will Steve react to what he’s heard?

Erica confides in Liz that she only ever wanted a holiday fling with Nick and she’s worried that he expects more. But how does Nick really feel about Erica? In the bistro, Steph texts Katy, telling her how cute Gavin is and how she’s hoping for a New Year’s Eve snog. Steph’s mortified to realise she’s accidentally sent the text to Gavin and grabs his phone to delete the message. Snatching his phone back, how will Gavin respond? 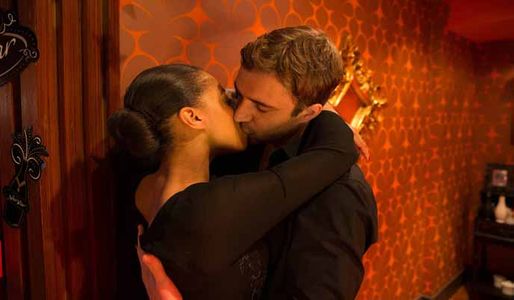 Coronation Street 31/12 - It's party time at the Barlows