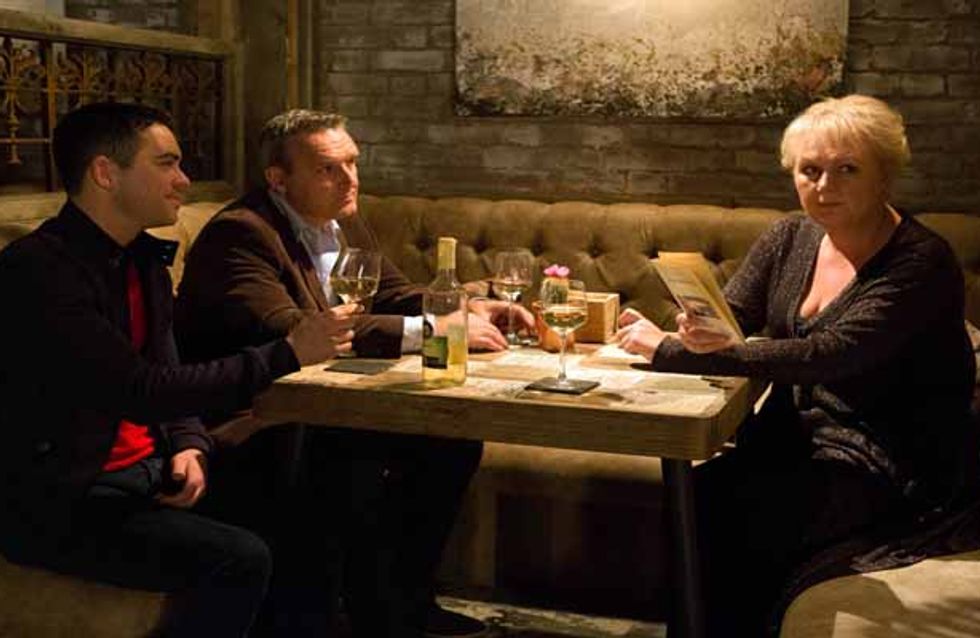 After Julie confides in Todd that Adrian’s planning a surprise trip for Eileen, she’s thrilled to receive a text from Jeff in Dubai who’s flying into Manchester and wants to meet her for a drink at the Bistro. When Adrian rings, Eileen panics and is grateful when Todd takes the phone, offering to tell him she’s ill. But when Eileen arrives in the Bistro and scans the room for Jeff, she’s horrified to come face to face with a beaming Adrian. Her alarm turns to utter confusion when Todd appears, what has he done?

Steph and Andy dread Nick’s next move, fearing he will sack them or report them for fraud. Steph and Andy promise Nick they only kept up the fraud to protect Michael. As they beg for their jobs what will Nick decide?

Beth’s concerns remain even though the doctor finds nothing wrong with Craig. When they then realise he’s lied about going to Faye’s after school, their suspicions grow.

Eileen squirms as Todd gleefully urges Adrian to give Eileen her surprise. Adrian enthuses about a hotel he’s booked for them. Todd enjoys Eileen’s anxiety, clearly expecting Jeff to arrive at any minute. Unsettled by Todd’s demeanour, Eileen deduces that he set up the meeting with Adrian, and comes to a decision to ditch Jeff and go away with Adrian. Unwilling to permit a happy ending, Todd takes huge delight in informing Adrian about his rival, Eileen’s dream man with whom he could never compete. Adrian’s stung while the penny finally drops for Eileen as she realises that Jeff is really Todd. Can Eileen plead her case with Adrian or has she blown her fledgling relationship? Eileen demands answers from Todd. He bitterly explains it’s payback for the time he was attacked and left scarred after being stood up by his family. Jason’s stunned when Todd confirms that he engineered his split from Eva too. How will Jason react to this? His revenge complete, can Todd stay in Weatherfield?

Believing Craig has started sleepwalking, Beth and Kirk camp out on the sofa for the night to catch him leaving the house. Rucksack on, Craig slips out of No.5 unseen while Beth and Kirk are distracted. What is he up to?

With Julie consumed by Eileen’s heartache, Dev has to leave their chat till another time. 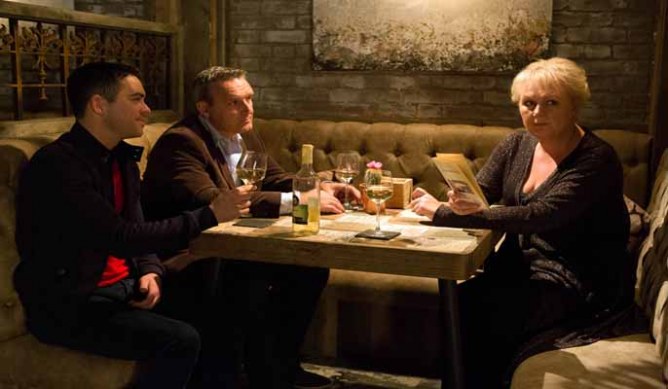