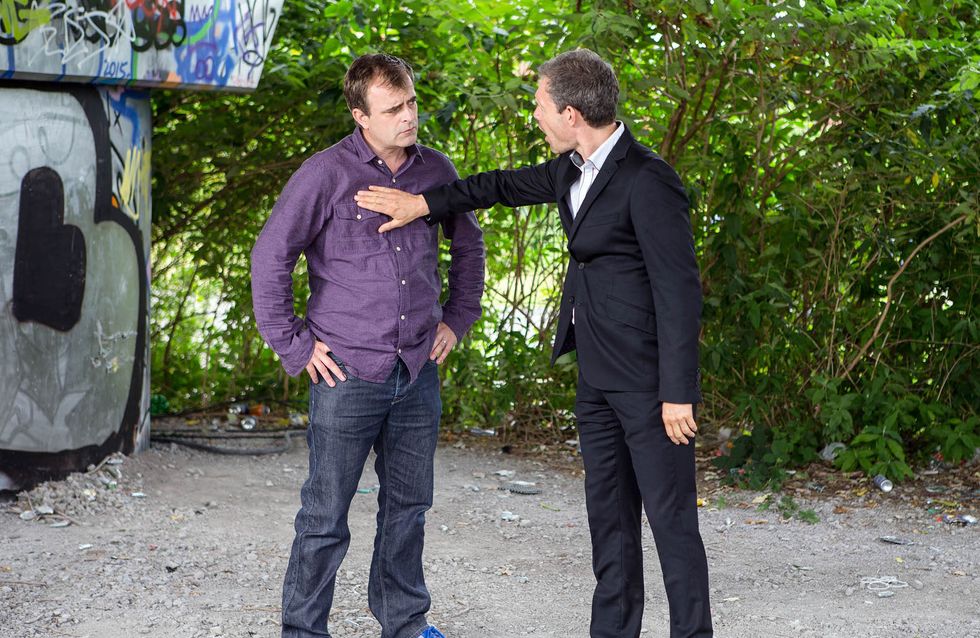 Leanne tries in vain to get hold of Nick, worried about his state of mind and what he might do. Nick calls at the Rovers and fixing Steve with a steely glare, orders him to come with him, telling him he needs to discuss the bistro takeaway service.Steve nervously follows Nick out whilst Michelle’s left none the wiser. Nick drives Steve to a piece of waste ground and confronts him about the baby. Steve’s horrified to realise Leanne has told Nick the truth but swears that he wants nothing to do with it, his life is with Michelle and she’s also expecting his baby. When Leanne calls in the Rovers looking for Nick, she’s perturbed to find out from Michelle that he and Steve headed off together in Nick’s car. Nick types a text to Michelle telling her thatSteve’s the father of Leanne’s baby and threatens to send it unless Steve promises to move away.When Steve refuses, pointing out his whole life is here, Nick sends the text and Steve reels.

Having overheard Todd telling Tracy that he’s booked a night at a posh hotel for he and Billy, Sean’s overcome with jealousy and is determined to wreak revenge.

As Beth prepares a full English breakfast for Kirk, hoping to win him round, she’s put out to discover he’s already left for the day and is clearly avoiding her.Sally’s not best pleased to have Craig kipping on the sofa but Tim insists he’s nowhere else to go.

​In the salon, Audrey and Maria are thrilled to see that they’ve made it through to the final of the Regional Stylists’ Awards. Bethany confides in Gary that she has to attend a meeting at the school with Lauren and Lauren’s Mum and wonders if he would come too in support. But Gary insists it’s not his place to go and that Bethany should take her Mum.​​

Steve’s devastated, convinced Nick has destroyed his marriage. Michelle’s phone beeps, seeing that the incoming text is from Nick, Leanne nervously hides the phone. But when Michelle’s phone rings in Leanne’s pocket, Leanne is forced to hand it over, making out she picked it up by accident. As Michelle reads Nick’s text, Leanne’s heart is in her mouth. Has Nick blown everything? Meanwhile as Steve rails at Nick for ruining his life, Nick attempts to establish control, insisting it’ll be his name on the child’s birth certificate. Will Steve agree and can Nick move forward with Leanne now he knows the truth?

At Eva’s insistence, Sean phones the hotel back and rebooks Todd’s room. Having arrived at the hotel, Todd reveals he’s booked them a double room. To Todd’s delight, Billy suggests they head straight upstairs. As Todd and Billy romp on the bed, Todd makes an ill-judged joke about Billy’s religion. Billy takes offence and quickly backs off.Deeply frustrated, Todd tells Billy a relationship without sex isn’t a proper relationship and storms out. Billy calls at Eva’s flat and clearly upset, worries he’s just ruined the best relationship he’s ever had.

In the factory, Kirk assures Beth that she’s a great Mum but he feels left out when he only wants to help. Hugging him, Beth assures Kirk he’s a crucial part of her family. Tim confides in Craig how he let Faye down when she was a baby and how everyone deserves a second chance. Craig takes his words on board. Craig tells Sally that after some wise words from Tim, he’d appreciate it if she could have a word with Beth and help him to iron out their differences.

Sarah accuses Gary of spending too much time with Bethany and questions his motives.Gary’s furious and suggests she should talk to Bethany. Sarah confronts Bethany, demanding to know if Gary’s been coming on to her. Will Bethany finally come clean about her bullying ordeal.Over a bottle of wine, Maria helps Caz with her CV and it’s clear Caz is starting to have feelings for her.​​​ 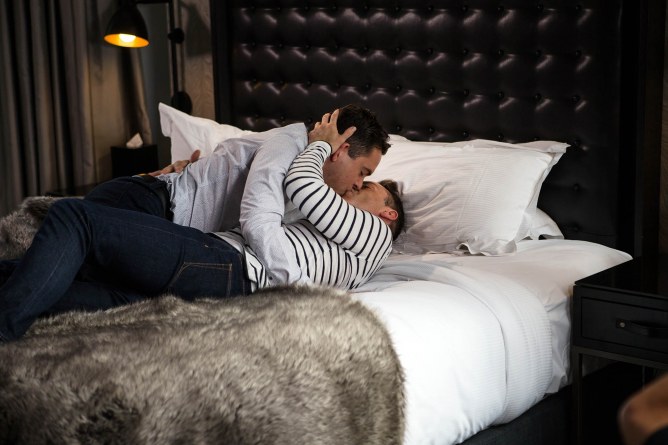