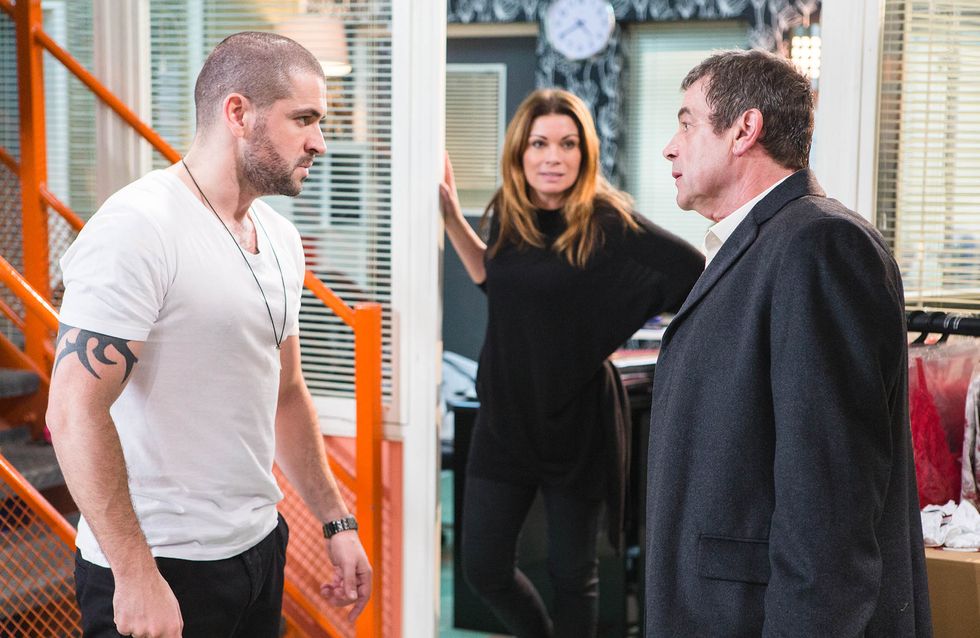 Carla arrives for work and to pre-empt any gossip, announces to the factory girls that Johnny’s her Dad. In an attempt to calm Aidan down, Eva tells him how she too only found out Leanne was her sister in later life. Aidan’s dismissive. Promising Aidan and Kate that he always loved their mother, Johnny begs their forgiveness. But Aidan sees red and punches Johnny, while Kate tells him it would be best if he found somewhere else to live. Will Johnny be forced to leave the street?

Despondent Roy drops the theatre tickets Cathy bought him for Christmas in the bin. Determined to try and put things right, Nessa secretly retrieves them and she and Ken attempt to persuade Cathy to give Roy a second chance. Clearly hurt, Cathy orders Nessa to get out of her sight. But arriving at the cafe will Cathy be able to bring herself to forgive Roy?

When Joanne turns up at the garage, Kevin paints on a smile, secretly wishing she’d leave him alone. Kevin admits to Anna he doesn’t fancy Joanne but doesn’t know how to let her down gently. Determined to see her rival off, what has Anna got up her sleeve?

Erica invites Dev round for dinner and Mary offers to babysit. But when Brendan presents Mary with flowers, assuring her he’s never been so happy since she became his girlfriend, Mary melts. Dev’s annoyed when Mary announces she can no longer babysit as she needs to prepare for her date. 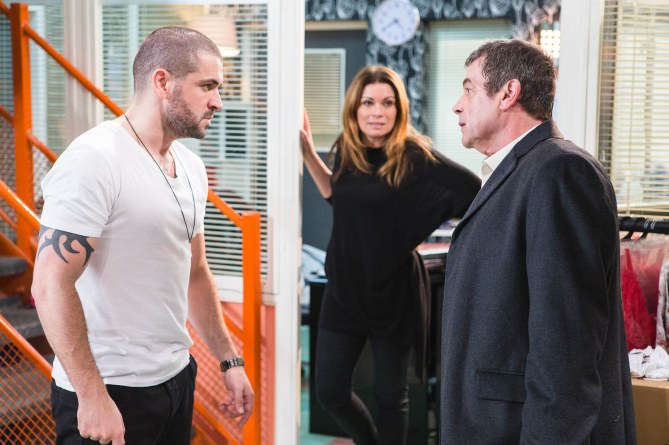