Tony rips into Dev for letting Jason down and giving the work to another builder. Dev, Kal and Sharif show the builder about the new gym and Tony takes the opportunity to break into his van…

Tina’s secretly devastated when Carla boasts to her and Michelle about her and Peter’s amazing night together. Peter apologises to Tina and tells her he wishes he was with her that night. Liz warns Tina that Peter’s using her, will she turn out to be right?

Steph persuades Sophie to wear a tight dress for her date with Maddie whilst Steph and Katy sign up for internet dating.

Elsewhere, Gary feels terrible watching seeing Owen being worked like a slave when they agree to finish the mill project on a basic wage to avoid Phelan going to the police, knowing it’s all his fault.

Tina’s clearly upset by Peter’s suggestion to have a quickie at a Travel Inn, and gets drunk with Steph and Katy, telling them about her friend who’s having an affair. Katy works out she’s talking about herself, and Tina leaves with the intention of ending things with Peter.

The builder realises his tools have been stolen and tells Dev and Kal they need to find someone else. Has Tony’s plan all worked out?

Sophie thinks she’s been stood up and goes home when Maddie shows up and explains she’s been mugged.

Elsewhere, Eileen apologises to Liz and they agree to put it behind them. Gary feels guilty when Anna bursts into tears, realising she can’t afford Faye’s birthday party.
. 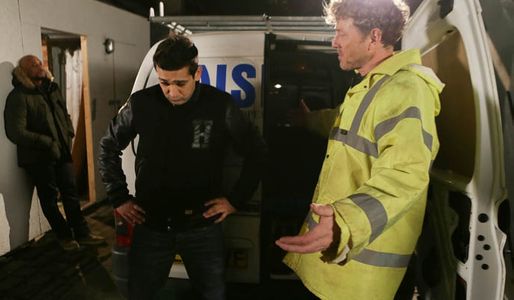