Coronation Street 7/04 – Owen is pushed to the edge

Phelan introduces Owen and Gary to his new site foreman, Clive, who immediately starts throwing his weight around. Owen is obviously on edge as he builds a bonfire at the site and prepares to set it ablaze. Will he really torch it up?

Steph tells Tina to forget about Peter but it’s obviously Tina wants revenge. What could she be planning?

Marcus gets a call from Liam’s child minder who can’t get hold of Maria, so Marcus picks Liam up, even though Todd warns him that Maria will be annoyed.
​
Elsewhere, Beth books herself in for an appointment with a plastic surgeon to talk about a boob job to Kirk’s concern, and Tim and Sophie are shocked when a social worker shows up at their house asking why Maddie has been living away from home.

Anna stops Owen from making a huge mistake, pointing out that he could land himself in prison with a stunt like that. When Gary finds out Owen nearly set fire to the place, he blames himself. Will things ever get better for them?

Maria tells Marcus he can’t weasel his way back into her life but Audrey warns her that she’s upsetting Liam whilst punishing Marcus. How will Maria react when Marcus tells her he’s going to London to get his mind straight for a while?

Sally and Kevin are shocked to learn that Maddie duped them, and Sally tells her she’s no longer welcome. How will Sophie react to the news?
​
Elsewhere, Peter’s relieved when Tina tells him she won’t tell anyone about their affair, Sinead and Kirk try to talk Beth out of the boob job, and Faye’s disappointed that Anna, Owen and Gary missed her play. 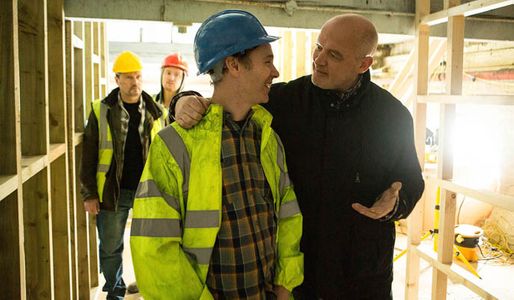