David refuses to let Callum see Max when Callum turns up expecting to take Max out for the day. Sensing trouble again, a fiery Jason runs over and sends Callum packing. Refusing to be pushed around by Jason, Callum gets two of his mates to drag Jason into the ginnel and follows them closely behind - intent on showing Jason who’s boss. But when Max spies his dad out of the window, he sneaks out of the house to go and speak to him...but how much of his dad’s behaviour is Max about to see, and what state will Jason be left in?

Alya is pleased when she manages to convince her grandparents to support her financially in her bid to buy the factory. Carla promises to consider her offer, but Sally is fuming to discover she has some fierce competition...

Craig is secretly delighted when Caitlin announces she’s going to stay at camp instead of spending 24 hours in the wild with Dougie, Chesney, Sinead and Tyrone. Kirk and Beth go skinny dipping but Beth cries out in pain as she’s stung by a wasp. Back at the camp, Fiz notes there’s some chemistry between Craig and Caitlin and sets off on a walk to give them some time on their own. Is there romance in the air?

When Carla announces that she’s intending to leave for LA next week, Nick’s disappointment doesn’t go unnoticed by Erica. 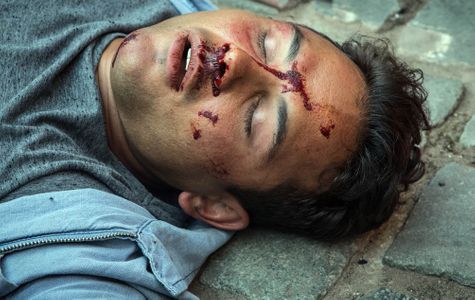