Leanne’s incensed when Kal and Eva claim she’s been unfair about Nick faking his seizures. Rubbing her nose in it, Nick mocks Leanne as she sweeps up outside the kebab shop. When she lays into him in, Nick feigns a dizzy spell. Kal and Sally rush to his aid as an irate Gail confronts Leanne. Leanne’s had enough and storming into Kylie’s birthday meal at the bistro she starts smashing bottles and demanding Nick tells the truth.

Sophie and Maddie are babysitting Amy and Simon. Fed up of Maddie giving Simon all the attention, Amy deliberately unties Eccles outside the shop.

Deirdre’s distraught to discover Eccles is missing and Sophie and Maddie set off in search. When they find her injured in the alleyway Maddie rushes to the garage and gets Carla’s car which she was valeting.

Peter begs Jim to reinstate his booze supply. Sensing his desperation Jim agrees to supply more alcohol in exchange for a favour, he wants Peter to persuade Steve to visit him.
​
Lloyd and Steve think up pranks to play on Neil to teach him a lesson.

Peter doubts he’ll be able to coerce Steve into visiting Jim, but Jim refuses to give him another drink until he manages it. Peter phones Steve and begs him to come and see him in prison. Will Peter agree?
​
Elsewhere, Lloyd and Steve stake out Neil’s house from their car and are highly amused when a children’s clown they booked knocks on his door. 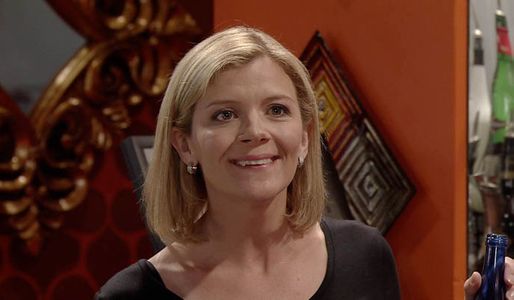