Gail and Michael’s romantic picnic is ruined when he inadvertently runs over her foot! Michael’s mortified as the couple are forced to eat their picnic in A&E. Michael’s day goes from bad to worse when he then misses his curfew and David gleefully points out he could be sent back to prison.

Jim promises that he’ll find Peter some alcohol in return for some biscuits. Desperate Peter’s steals his cellmate’s sweets and quickly guzzles the booze.

After a pep talk from Sophie, Jenna announces to Lloyd that it’s time she did something with her life and she’s going to do volunteer work overseas. Lloyd’s gutted, will he be able to change her mind?
​
Elsewhere Kirk prepares a romantic meal at home for Beth as he psyches himself up again to propose but will the right moment arise? 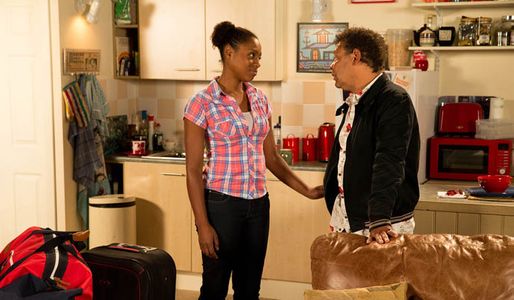