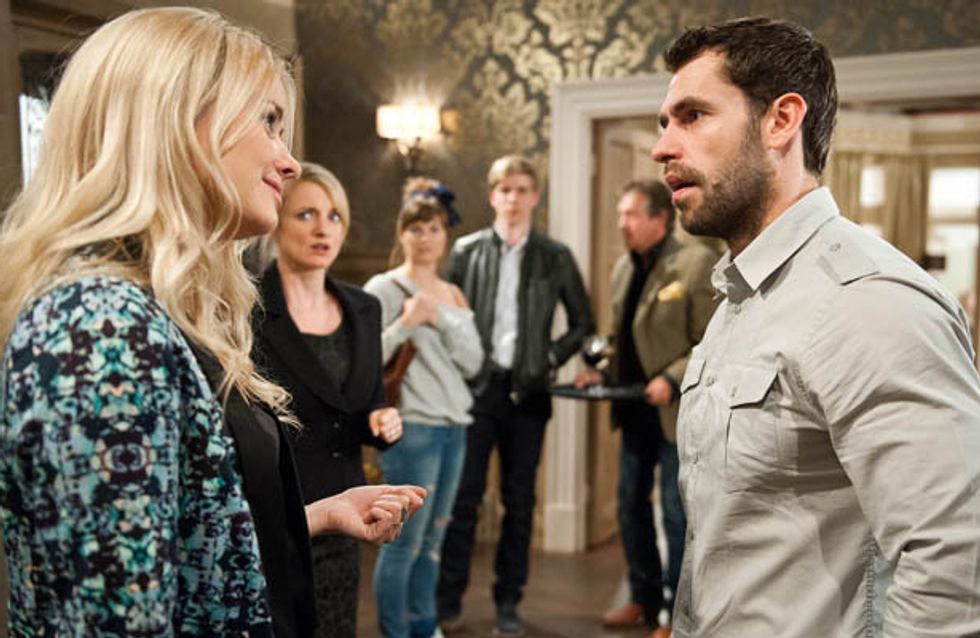 Lawrence and his daughter Chrissie arrive in the village. Meanwhile, Nicola is busy sorting the Home Farm Open Day to attract potential purchasers when Chrissie arrives to look around. Nicola is immediately suspicious and suspects she has only come for the free booze and promptly insults her. Chrissie is rude back and seems determined to look around. So Nicola decides to teach this woman a lesson and play her a bit. She begs Katie and Andy to pretend to be rich to put Chrissie off the house and Chrissie completely falls for the act. However, the pair are soon left red faced and shocked when Chrissie’s fiancé Robert Sugden arrives.

The Dingles are preparing a party for Lisa’s return but Zak decides not to tell her about Charity’s latest news. Moira is fed up with Charity staying at the farm and Cain asks Chas if she will take her. Although she refuses, Chas leaves on a mission...

Rakesh tells Megan that Leyla is owed double her investment if she is to be bought out of the business. Megan’s encouraged when Jai offers her the money to buy Leyla out of the business completely. However, when a cold Jai tries to pay Leyla off, Leyla has something else up her sleeve.

James receives word Ross was seen in Leeds a few days ago and sets off searching.

Katie is confused by her feelings at seeing Robert again and Robert enjoys winding her and Andy up as he looks around Home Farm as prospective purchasers. Chrissie tries to persuade Robert to move to the village, but he is defiant, insisting they are not moving here. Her father Lawrence arrives and is amused to witness a punch up between arch rivals Andy and Robert. Lawrence is immediately intrigued by the clear resentment between the brothers. Protective father Lawrence senses an opportunity to split Chrissie and Robert up but how will the Sugden’s take the news when Lawrence reveals he’s just purchased Home Farm?

Lisa is stressed when she finds out about Charity, furious she has been lied to. Noah rejects Charity again but Chas urges her not to give up. Charity’s self-esteem is at rock bottom when Moira tells her she will now be mucking in with the farm chores. Meanwhile, Lisa tells Zak not to keep any more secrets but is she hiding a secret of her own?

Jai’s forced to tell Megan he can’t afford to buy Leyla out. Leyla’s chuffed to have got her own way.

Ruby notices the tension between Kerry and Ali and insists they have dinner together, much to everyone else’s reluctance. 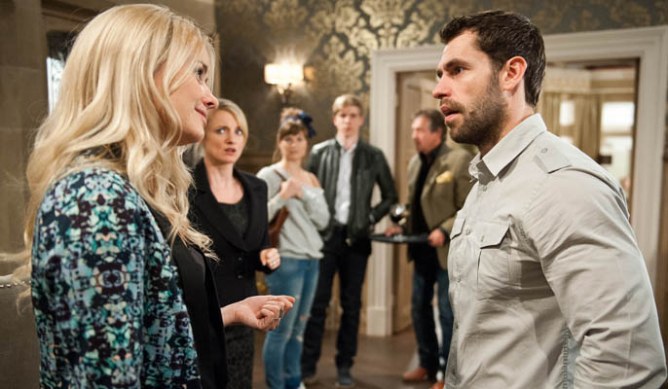