With everyone back at The Vic, after recent eventful proceedings it’s time for some unusual speeches. As Jay, Ben, Phil, Aunt Sal, Sharon and Shirley all take the opportunity to speak, there’s set to be some devastating and irreversible revelations.

Tina is furious about Tosh’s revelation about her and Dean, and is left dumbstruck when Tosh accuses her of not loving her.

Dean is furious when Lauren reveals she doesn’t want to be with him anymore and Whitney is shocked when she witnesses his temper. Meanwhile, a tipsy Abi decides to confront Jay.

Charlie is left reeling when Ronnie reveals she is pregnant with his child. Later, Dot sees them arguing in The Square and forces them to talk properly. When Ronnie insists she’ll look after the baby alone and Charlie doesn’t argue, Dot becomes determined to change their minds.

Elsewhere, Aleks quickly bundles Roxy and Amy into a cab for the airport when he sees his wife Marta and daughter Ineta walking up the street. They ask Tamwar for help and he is shocked when he discovers who they are. 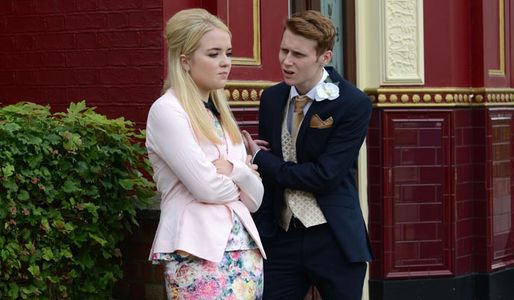