Tina brings Stan to The Vic and Mick eventually agrees to let Stan stay until he’s well again. He soon reveals his true colours over dinner, and Mick snaps and lets Stan know how he feels.

At dinner Denise is annoyed things aren’t going her way as Jane and Ian cheerfully reminisce. Denise realises that Shabnam is intending to push Jane away from Masood and closer to Ian, but her plan backfires when Jane kisses Masood.

Lauren and her party guests go to Sharon’s bar, but Johnny’s anxiety leaves him unable to enjoy the night. After Peter upsets her, Whitney kisses Johnny. Sharon and Phil go to the bar and are furious at what they find, giving chase as the partygoers disperse.
​
Still angry with David, Carol goes to see Max before his genetic test rather than spend the evening with David. 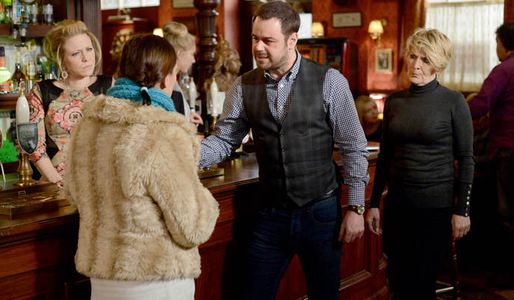