David is annoyed by how happy Carol is with Masood and tries to get sympathy by suggesting staying with friends.

He's hurt when she agrees and tries again by refusing her money but it still doesn't seem to be working.

That is until he talks to Liam about being man of the house and takes a family photo with him as he's leaving.

Carol overhears and calls him back.

Poppy and Fatboy end up in a massive row over getting a place together and she ends up breaking up with him.

Meanwhile, Dot takes all the credit for the jumble sale and warns Peter to steer clear of the new arrival David. 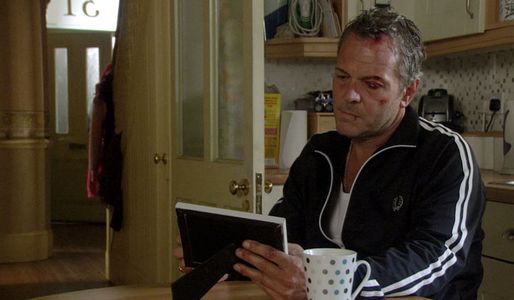