Eastenders 02/02 - Dean’s world crumbles around him

Dean’s world crumbles around him as the rumour he’s a rapist begins to spread. With business at Blades struggling, he decides to put on a special promotion but when his staff begin to quit, he offers to take Lola out to discuss her position at Blades. Soon things come to a head between mother and son when he discovers she’s bought him a ticket to leave London.

Lauren throws down the gauntlet to Peter by suggesting that Kush might be faster than him in tomorrow’s half-marathon. She gets more than she bargained for when Peter decides to prove his fitness by taking his sporting prowess into the bedroom.

Masood returns from visiting family in Birmingham and apologises to Shabnam for his behaviour over Dhaadi’s inheritance. But Shabnam has bigger concerns than her father now that she’s revealed the truth to Stacey.

Upset by the news that her mother won’t be attending her wedding, Jane makes an unwise decision whilst bridal dress shopping. Ian is left surprised when he spots Jane wearing the unflattering outfit and she storms out. When Sonia spots Jane looking upset, the pair go for a drink and Sonia reminds Jane that this is her big day and to ignore her mother’s comments. Later at The Vic, Jane announces Sonia will be her matron of honour. 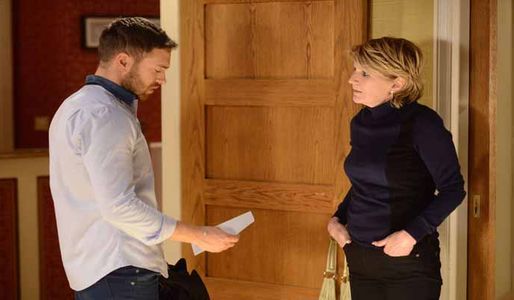