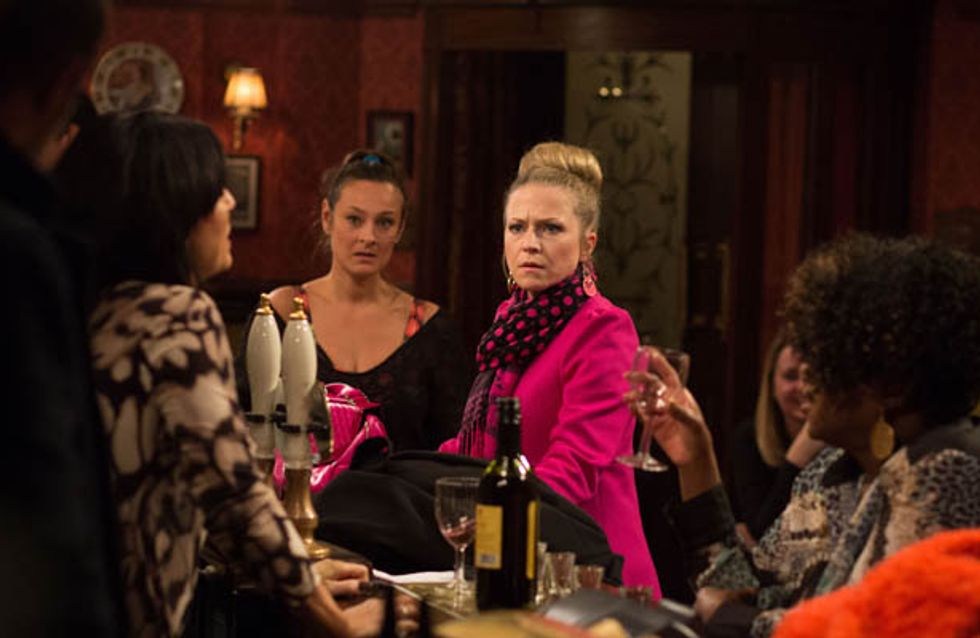 At The Vic, the party comes to halt when the police deliver some worrying news about Dean. Shirley refuses to believe what they are saying as Nancy realises that Linda has lied to her. Upstairs the police talk to Shirley who remains in denial but her family encourage her to go to the hospital but despite Shirley asking, Mick refuses to go. Back at The Vic, Linda and Mick panic when they learn Nancy has gone with Shirley – will she tell her the truth? Nancy soon returns and encourages Mick to tell Shirley the truth about what happened with Dean. However Elaine soon puts an end to the conversation leaving Nancy annoyed.

Elsewhere, Sharon bumps into Shirley and after offering her sympathies, the pair sit down together. Despite their mutual hatred, Sharon can see how much Shirley is hurting and tells her she needs to fight for both of her children. Back home, Sharon reveals to Abi that she’s going to look for her father.

Shirley takes Sharon’s advice and tells Mick she’s not choosing between her sons – she loves them both. As Shirley leaves, Nancy follows her out and is about to reveal all.

Kim returns home with a cot for the baby but Denise grows worried when an exhausted Kim refuses to let anyone help her. The pressure gets too much for Kim who breaks down but Denise is there to support her. Soon Kim receives a text from the baby’s father – will she reply? 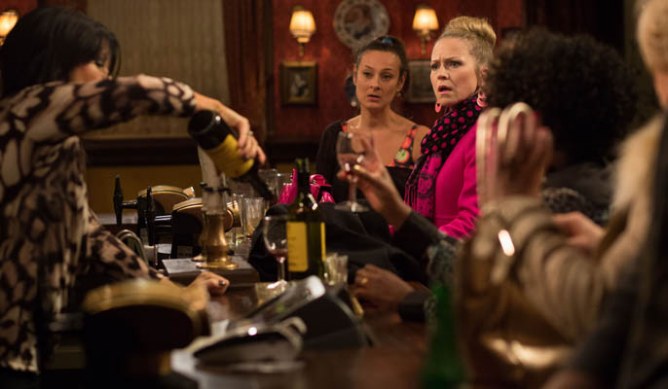