Eastenders 02/04 - Kat attempts to move on with her life

Kat attempts to move on with her life by throwing a family dinner but grows concerned about Tommy’s odd behaviour. Her day grows worse when the family meal doesn’t go to plan but Alfie saves the day by treating everyone to a meal at The Vic. Kat opens up to her family about her feelings.

Meanwhile, Tina comes to blows with Mick when she discovers that he is planning on leaving Stan in hospital, however, she is soon left stunned when she discovers the extent of Stan’s condition and realises that the decision has been taken out of their hands. Later, the Carters pay Stan a visit and are forced to break the news that he won’t be coming home. Upset, Stan asks to see Dean causing tension between Nancy and Mick – will Nancy tell Shirley the truth?

Phil returns without Ben leaving the Mitchells to ponder his fate. Sharon worries that Phil has done something he’ll regret.

Things remain tense at the Beales following Cindy’s ultimatum. Cindy decides to confide in Liam but worried about his friend, decides to tell Jane she’s planning to move back to Devon. 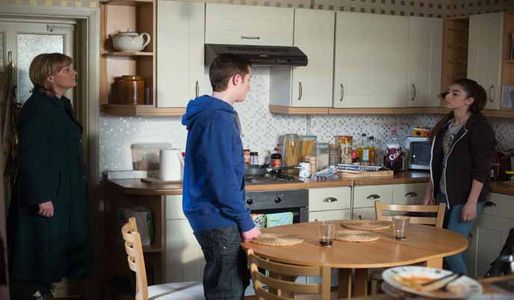