A determined Ian tries to fix his family but things soon take a turn for the worst. Jay checks in on Roxy who tells him she’s determined to change things for the better. Later on, Roxy reaches out to Amy but she is quickly stopped by Jack. At the Market, Donna grows frustrated whenBuster takes advantage of having no market inspector. Meanwhile, Claudette asks for Donna’s help with speaking to Vincent. Later on, Donna tells Roxy her plans to expand the market stall to annoy Buster and Roxy offers to help. Elsewhere, Andy takes a shine to Roxy. 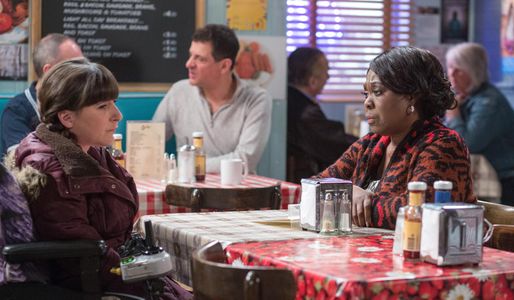