Ronnie grows worried about Andy and the children’s whereabouts but they eventually return. Ronnie becomes suspicious of Andy’s behaviour and realises all isn’t as it seems leading her to pay a visit to Kyle. Despite his own unease,Kyle stands up for Andy but feeling uneasy he does tell Ronnie about the folder with the pictures that he found. After making another unsettling discovery, Ronnie soon realises who Andy really is…

Elsewhere, Denise insists to Vincent that Kush is just a friend and at a games night in The Vic. Later on, Vincent reaches out toClaudette and invites her for dinner. Worried for Ben, Sharon takes control and tells an uneasy Ian what they need to do …​ 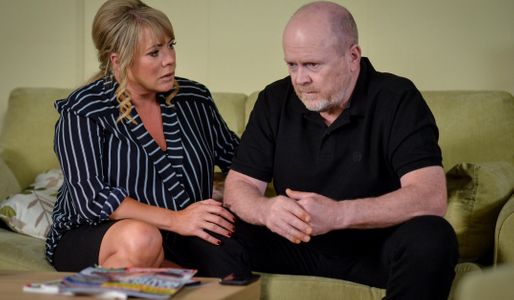