It’s a dark day for Kat when she resorts to desperate measures. Alfie soon clocks on to Kat’s intentions when she leaves the children with him and he notices Tommy has her money belt. Alfie races to the flat and is relieved when Kat says she’ll visit him later on so decides to leave. However with Kat’s words going through his mind, the penny drops that Kat has attempted suicide and he races upstairs to try and save the love of his life. Alfie quickly calls an ambulance for Kat and it’s not long before they arrive.

It’s Good Friday in Walford and Jane and Ian do their best to remember Lucy. Their efforts are thwarted however when an angry Cindy accuses them of using Beth to replace Lucy. As Cindy prepares to leave for Devon, Ian opens up to Cindy.

A stressed Nancy finally opens up to Shirley about what happened in the barrel store on the night of Ian and Jane’s wedding and unable to hide her anger, Shirley lashes out at the family demanding answers.

Meanwhile, the residents of Albert Square pull together and buy a wreath in remembrance of Lucy. 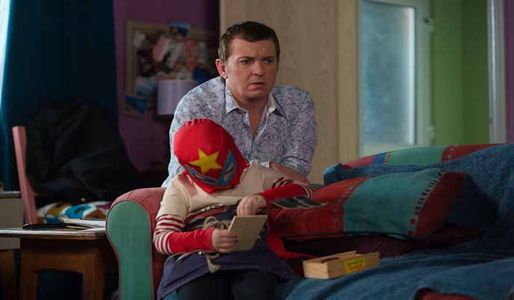