Carol is forced to apologise for her actions when accosted by Sonia and Tina. Later, Sonia confronts Carol about her behaviour and Carol tells her that she doesn’t want reconstructive surgery and it knocks Sonia sideways when she realises that her mum leant on Shirley’s shoulder and not hers resulting in a full-blown argument. Later, the pair share an emotional resolution and decide to start afresh and get back on track.


Nancy is having a seizure with no help at hand. Elsewhere, Tamwar tells Shabnam about the row between him and Nancy and he admits that it isn’t their religion which is stopping him from having sex with Nancy. Shabnam convinces him to open up to Nancy. Tamwar quickly heads back to The Vic where he is shocked to find Nancy passed out on the floor. Tamwar eventually encourages Nancy to wake and groggy, she pushes Tamwar away telling him she doesn’t need a doctor.

That afternoon, Nancy and Tamwar eventually open up to each other and share their insecurities. Their relationship intensifies when they admit they love each other and they seal it with a kiss. Tamwar and Nancy agree not to keep any more secrets from each however Tamwar is shocked when he discovers what Nancy has been hiding.

Alone at their table in Beales’, Martin beams at Stacey who is finding the attention uncomfortable. Martin realises things aren’t going to plan and when Stacey starts to argue with him and storm out of the restaurant for no reason, Martin is baffled although a little relieved that she has gone.

Also, Carol is confused when she visits Max and discovers him and ashamed, he is unable to look her in the eye when she takes in the complete state of his house. 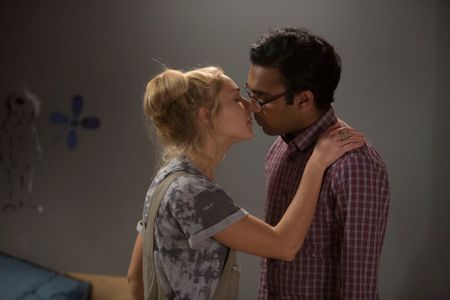