After receiving a call from Ian, Stacey does her best to help Jane feel less lonely by suggesting a makeover at Elysium. Jane soon realises that Ian has asked Stacey to help but still agrees to Stacey’s offer and is soon interacting once more with the residents of Albert Square.

After bumping into Jane at Elysium and discussing her problems, Carmel suggests her and an unsure Jane go for a drink at The Vic. As things start to get back to normal forJane, she is left mortified by an incident in The Vic and Ian quickly takes her home. Jane reels from the day’s events and is upset even further when Ian continues to distance himself.

Elsewhere, Linda gives Babe a final ultimatum – pay back the money to the Cokers or she’s out. Babe prepares to do as Linda says but is distracted when Lee asks for help mending a dress for Whitney which further delays her visit to the bank. Believing Babe was just stalling, a livid Linda kicks her out but later learns a surprising truth. Linda confronts Babe and tries to get to the bottom of why she ever blackmailed the Cokers.

Across the Square, the Cokers tell Honey and Billy some exciting news. Alone, Pam tells Honey she’s glad Simon’s mum hasn’t replied but they later receive a message from her asking to meet Pam.​​​ 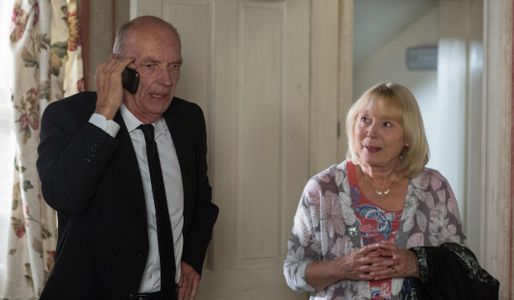