Eastenders 04/12 – Lauren has a heart to heart with Max 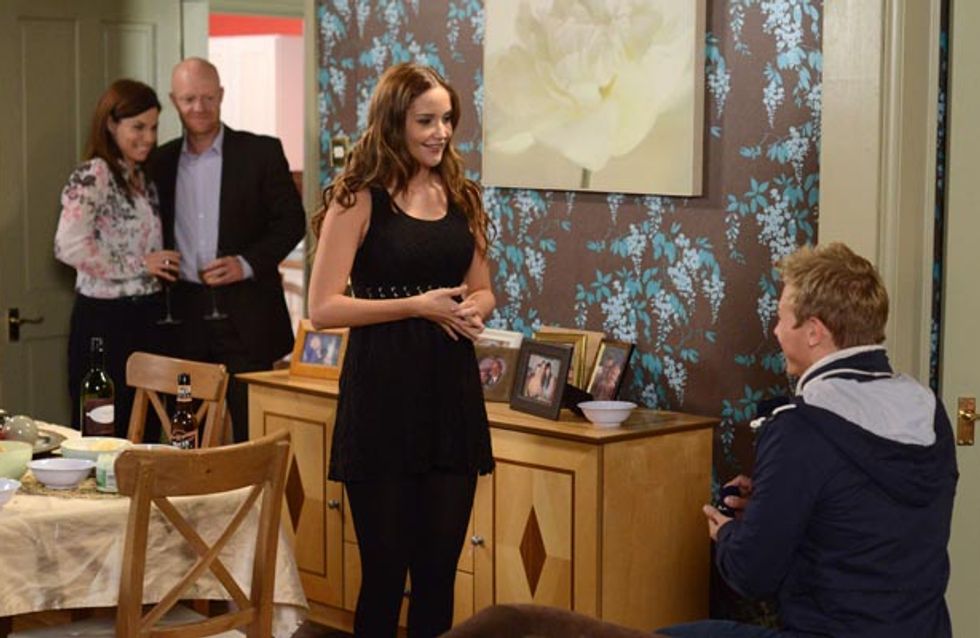 Lauren has a heart to heart with Max about Peter where she makes up her mind about marrying Peter – will she say yes? Max is fuming when Emma lets slip that Abi is dating Ben and he storms over to the Mitchell’s. Max and Phil comes to Ben’s defence.

Lee, Tamwar and Cindy watch a funny of video which Lola took on Fatboy’s mobile and Lee realises that it was filmed on the night Lucy died. Lee suddenly sees something which makes him realise someone has lied about their alibi…

Sonia opens up to Tina, admitting where she has really been and what she has done with the charity money. Tina worries about her friend and there’s a spark of electricity between the girls as Tina tries to cheer her up. However Tina suddenly panics when Tosh arrives home early and she is forced to sneak Sonia out of the flat.