Cora realises Ava still hasn't told Dexter what's going on - she tells him, let him know by lunch time or she will.

Sam agrees that they should tell him. Ava meets her son and tries to explain things but bottles it.

Will he find out some other way?

Ian finds his restaurant in tatters and assumes it was Carls doing, Jean is panicking - will she tell them what she's done?

Janine finds out and immediately calls the police.

Kat tells Michael to stop antagonising Janine, he should want to be on her good side if he's going to get Scarlett back in his life!

He tells Janine he's happy she's back, not just for Scarlett - the sexual tension is back... 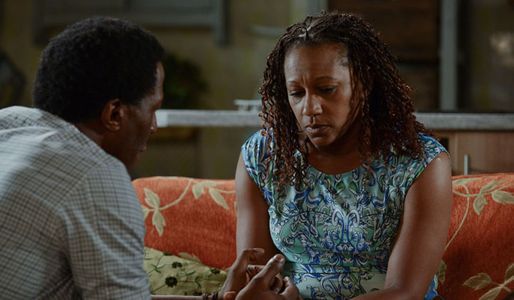