EastEnders 05/09 - Max is arrested for causing the crash 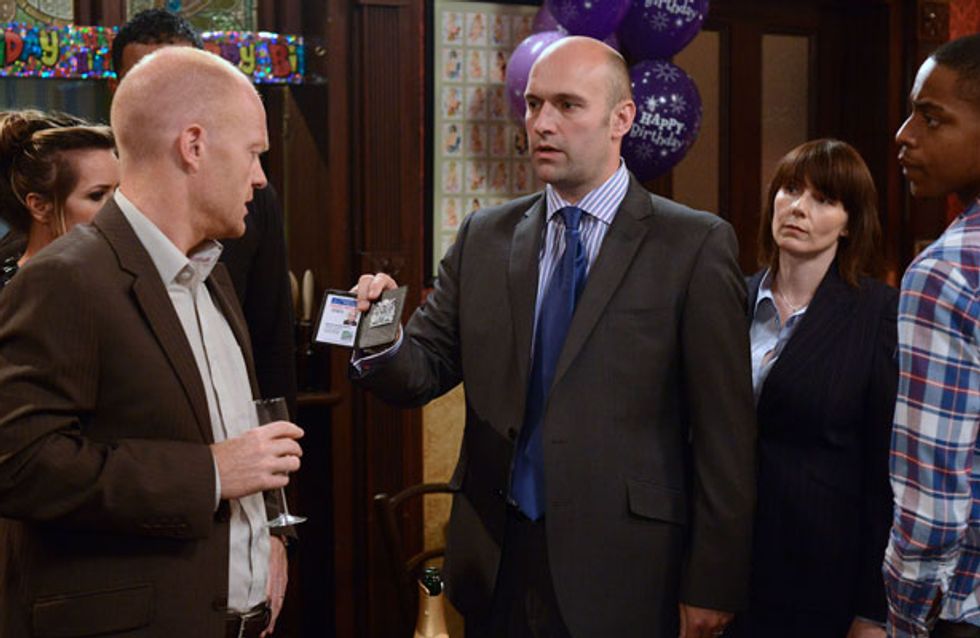 Paramedics arrive on the scene of the crash and question Carl on his brakes and where he usually parks his car - all while Phil fights for his life.

The police arrive in the square and news of what's happened spreads fast.

Max can't help smiling as he insists they carry on with Jack's birthday celebrations.

Just then the police walk in and arrest him on suspicion of causing criminal damage with intent to endanger life.

When Shirley goes to demand her money she learns what's happened and ends up looking after the family and inadvertently telling Sharon what's happened.

Lauren's thrilled to get a job with Sadie, unaware that it's actually Max paying her wages.

Jay frantically begs Lola not to tell Abi about Kitty - she overheard his conversation with Dexter - she can't promise not to say anything.

Meanwhile, Kat speaks to Ollie about Jean but when he can't respond to her question over what he'll do in the dark moments, she tells him to stay away.