Carol and David are shocked to see Bianca has returned home… with a new man Terry in tow. And apparently he’s moving in…

Masood sees David and Carol together in their nightwear going over recent events and despite her reassurances, Masood isn’t convinced that it’s all quite so platonic.

Still affected by Michael’s death, Janine is suffering from serious panic attacks, while an emotional Alice is quick to explain to Joey what actually happened.
​
Roxy confides in Kat that Alfie is taking his anger and upset on her, so Kat goes to Alfie to make him see the error of his ways. 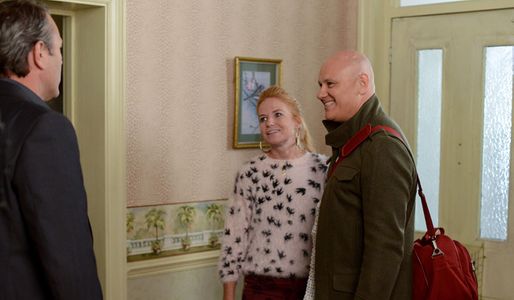