Sonia is clearly unwell however busies herself by preparing for the Fat Blasters Christmas party which she has invited Martin to. Sonia makes excuses when Pam enquires after the calendar money assuring them it'll be in the account by morning. Tina is worried when she sees Sonia looking so tired but Sonia is adamant that she is fine.

At the weigh-in, Sonia has lost the most weight out of the group and everyone applauds her. The group head to The Vic where Sonia keeps looking towards the door hoping to see Martin. The ever increasing guilt becomes too much for Sonia and she suddenly makes a speech to confess everything. However as she begins, Sonia suddenly collapses. Paramedics are called and when they ask about the cause, Tina finally speaks up and admits the truth. Tosh isn't impressed that Tina and Sonia were sharing a secret. 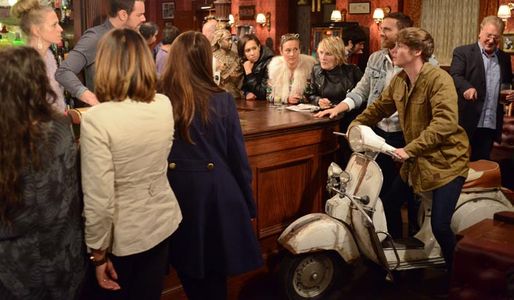