Ben panics when he sees Phil’s credit card statement, and Abi says she’ll look into it. It doesn’t take Abi long to realise Louise is responsible andwith Babe by her side, the pair confront Louise and demand that she returns the items. Back at The Vic, Abi soon realises Babe has taken advantage of their friendship causing her to share some harsh words. Fuming, Babe takes drastic action and posts a letter to Ben. Abi soon comes round and apologises to Babe and feeling guilty, Babe admits she’s sent a letter to Ben telling him the truth about the baby. As Abi’s world falls apart, Louise arrives with the letter – she knows the truth.

Sharon is taken back when Ronnie invites herself along to a house auction for No.5. The pair find themselves in an out of control bidding war with a mystery phone buyer who eventually wins. Back home, Ronnie suggests Sharon comes to live with her but they are interrupted when they learn who bought the house. Jack returns to the Square andclocks on to Ronnie’s unusual mood and reminds Sharon it’s the anniversary of Danielle’s death. After a heart-to-heart with Sharon, Ronnie lays flowers for Danielle and makes a fresh start with Jack – however they are being watched.

Nancy is annoyed when Tamwar punishes Kush for recent events. Tamwar later has a change of heart and calls Carmel to come and help her son get his life back on track. Stacey is overwhelmed to hear she is being formally discharged later in the week. 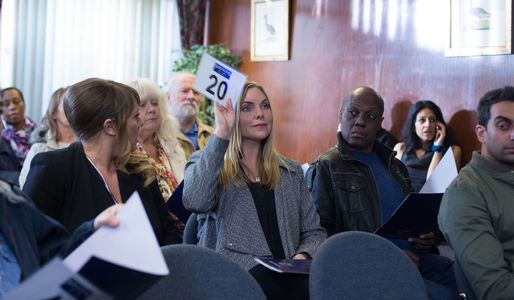 Eastenders 05/12 - Ben Continues To Feel Distant From His Family

Eastenders 05/9 - The Mitchells Find Themselves In A Dangerous Situation