Eastenders 05/9 - The Mitchells Find Themselves In A Dangerous Situation

After Ben and Jay are bundled into a van and driven away, all hell breaks loose for the Mitchell family and they find themselves in a dangerous situation. Terrified, Courtney is forced to call Grant for help bringing him back to the Square once more. As the Mitchell brothers head off to find Ben and Jay, Phil collapses forcing Grant to step in and take control.

Meanwhile, after telling Dot their happy news, Patrick and Claudette reveal to their family that they’re in a relationship leaving everybody stunned. Kim clocks on to Denise’s unusual mood.

Pam and Les prepare for Paul’s funeral but it all becomes too much for Pam when Les suggests she sees Paul’s body.​​ 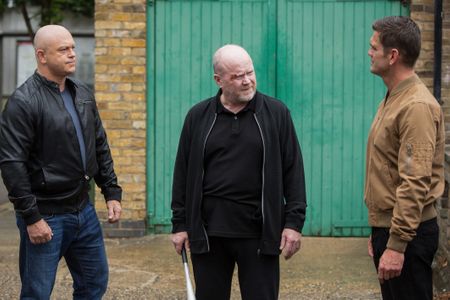