Steven puts his plan into action but when Abi learns of his intentions to watch Lauren via the charger, she questions why he is bothering when he could have her instead. Despite Abi’s efforts, Steven insists he wants Lauren but as he later spies on Lauren and catches Josh inviting her for a drink.

Karen starts her first day as the cleaner at Beale’s. As Robbie desperately searches for a missing Dave, Sonia meets with Bex’s school teacher, Mr Pryce, who wants to check in on Bex’s progress and suggests she takes part in the showcase.

Elsewhere, Max takes Carmel for a drink at The Vic. Louise is put out to learn Alexandra is taking her place in the showcase. 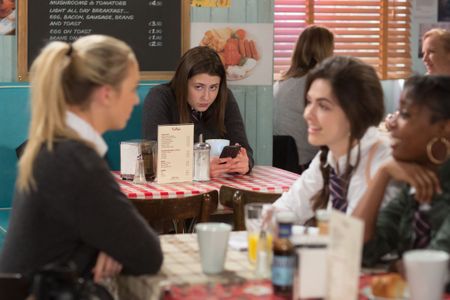