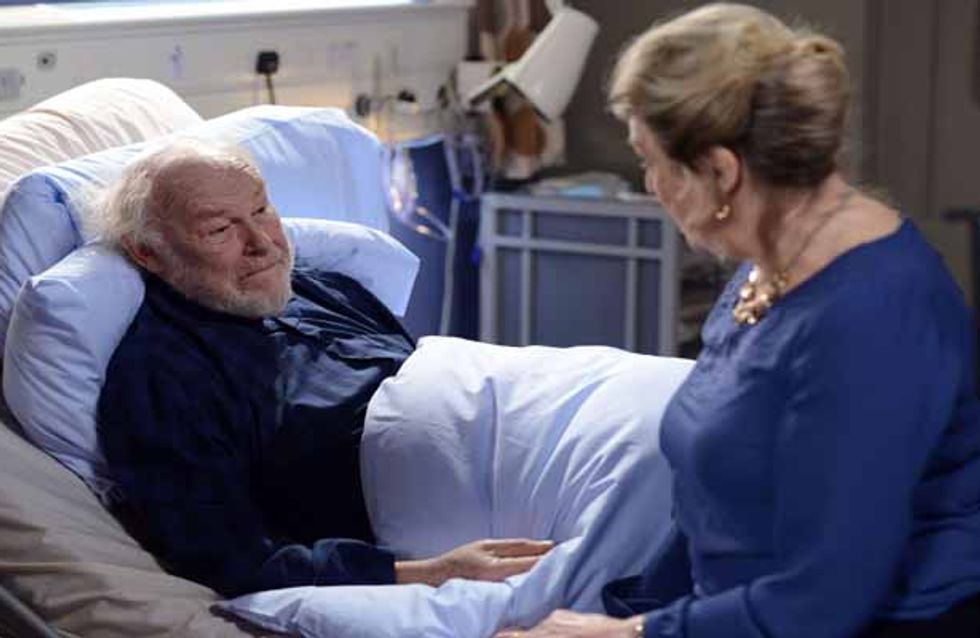 Mick and Buster come to blows following the previous day’s events. However, it doesn’t take him long to realise that Shirley may have been responsible and not Mick. Buster threatens to leave the Square without Shirley but after bumping into Nancy and Lee, he realises his family is more important and decides to stay.

Meanwhile, Mick and Tina do their best to help makes Stan’s final days as comfortable as possible and go out of their way to get his favourite chair to the hospice. However, they are disappointed when it becomes clear he doesn’t want to be in the hospice and is more interested in discussing his impending nuptials to Cora and suggests they get married tomorrow. A distressed Stan makes his feelings on the family rift known and demands that Shirley and Mick bury the hatchet. After talking to Linda, Mick swallows his pride and visits Shirley at home in attempt to build bridges, however, he is left stunned when Shirley shuts the door in his face.

Elsewhere, Kat is discharged from hospital and Alfie, Stacey and Mo attempt to make her feel comfortable.

Jay is forced to choose sides when the war between Max and Phil intensifies; Phil tries to snoop for information at the Arches but is unable to find anything; whilst Max tries to keep the boys on side. 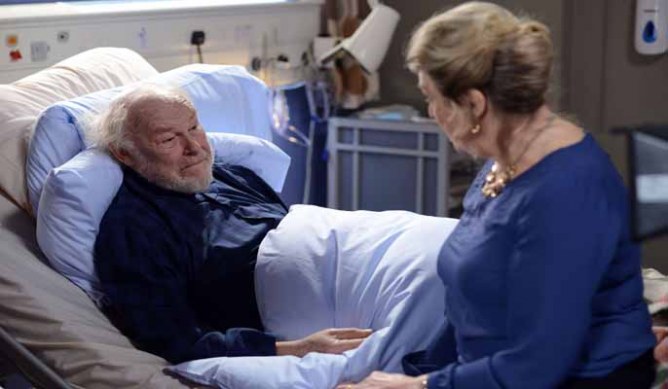