It’s the day of Jean’s wedding and Martin grows suspicious of Stacey’s behaviour and encourages her not to take the key to the wedding after her mum’s reaction. Stacey ignores Martin’s suggestion and as soon as she arrives at Jean’s house, she begins to look for what it could open. It doesn’t take long for Jean to bring up the key but Stacey promises to not talk about it anymore and the pair make amends. As they go to leave, Jean mentions something in relation to Brian but before Stacey can ask any questions, they are interrupted by Shirley and leave for the ceremony.

As the ceremony finishes, Martin spots Stacey with the key and panics about her intentions. Stacey suggests she returns to the house first to prepare the food but Martin soon realises what she's up to. As Stacey frantically searches for what the key may open, Martin snaps at her for not opening up to him and goes to leave. Stacey finally confides in Martin and why the key is so important. Stacey’s mission is soon interrupted when Jean returns home and realises what she’s up to forcing another huge argument between the pair – will Stacey learn the truth?

Elsewhere, Carol grows annoyed at new redevelopment work on local flats and calls a meeting with the locals. Ian rallies against Carol in support of the building work and after insulting her family and situation, she drops the bombshell that Jane is paying for Cindy to stay with her. Meanwhile, Cindy tells Liam she’s been accepted to a sixth form college but they are interrupted by a livid Ian who tells her to stop tearing their family apart. Unaware Carol can hear, Ian tells Cindy to go the police if she needs to. 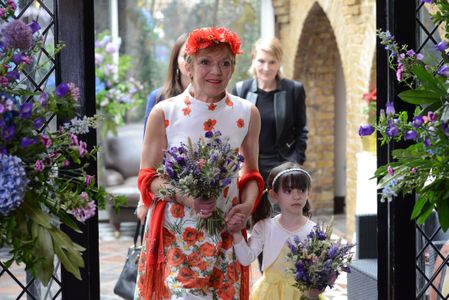