Bianca is upset to see her kids arguing with Terry’s children and all of them reject the idea of living together. Will they be able to reconcile in time for the Albert Square fireworks’ night?

Bianca questions David’s motives for returning to Walford and tells her dad that if he’s really there for her and not Carol, then to prove it he should pack his bags and leave.

With the family home in chaos and bills to pay, Abi is angry with Max for leaving them in a mess, while Lauren secretly goes to visit him. But she doesn’t receive the good news she was hoping for as Max tells it’s unlikely he’ll be cleared.
​
Knowing Kat wants to give Michael a special send-off for Tommy, Alfie sets off a rocket, away from the other festivities, just for the three of them. 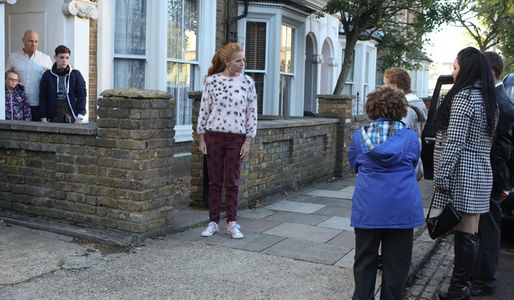