Alfie is thrown when he learns Ian isn’t planning to have a stag do and after Jane’s blessing, decides to arrange a party for that night. With Donna’s help, Alfie puts his plan to get Ian to The Vic in action but Ian is left unimpressed when he realises it was a set-up. However Alfie manages to convince Ian to stay.

Chilled by her discovery, a frustrated Lauren desperately tries to access Emma’s phone by attempting to guess the passcode. They head to The Vic where the stag do is well underway. After Ian innocently offers an overwhelmed Lauren an alcoholic drink, she runs out and heads to Max’s office to try and access Emma’s phone again. Having no luck, Lauren spots a bottle of whiskey on the side – will she open it?

Meanwhile, Roxy visits Ronnie in hospital and sees a glimmer of hope when her sister’s pulse rate increases. Later on, Roxy breaks down and reveals to Charlie that the doctor said it doesn’t mean anything. She goes on to say they’re going to try and wake Ronnie up again next week and if she doesn’t respond, there’s nothing more they can do.

It’s the day of Phil’s bail hearing and an optimistic Sharon warns Max that Phil will be home soon. However Sharon grows worried when Phil purposefully ensures she mistimes the hearing enabling him to go missing upon his release. Where has Phil gone?

Things grow worse for Kat when she learns her rent payment is increasing. Later at the stag party in The Vic, Kat embarrasses herself leading Alfie to drag her outside.

Dot grows worried when she finds an unwell Nick still hiding in No.23. When she returns from work, she realises Nick is withdrawing from drugs and confronts him. However Dot is horrified when a desperate Nick pleads for her help to get more – what will she do? 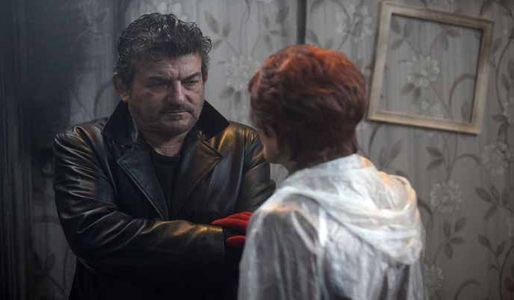