Eastenders 09/02 - The Carters Are Under Pressure Thanks To Babe

The Carters are under pressure following Babe’s secret antics. Upstairs, a livid Shirley and Johnny confront Babe. Babe attempts to make amends to the family.

Meanwhile, Whitney goes to desperate lengths to find some money. In order to pay for a night out with Lee and his friend, Beanbag, to cheer him up. When Lee questions it, Whitney covers and tells him the money is from Bianca.

Jack grows paranoid at Glenda’s intentions but his mind turns elsewhere when he attends the inquest for Ronnie and Roxy’s death. Meanwhile, Glenda does her best to help Amy. Reeling from the outcome of the report, Jack returns home to learn what Glenda has done causing everything to come to a head for Jack.

Mick is determined to stay positive and holds a new lunchtime deal at The Vic​. With the pressure building,Mick snaps at Abi. Meanwhile, Louise pushes Bex to stay away from Shakil. Bex stands by her friend but is knocked back when Louise later dumps her for Madison and Alexandra. 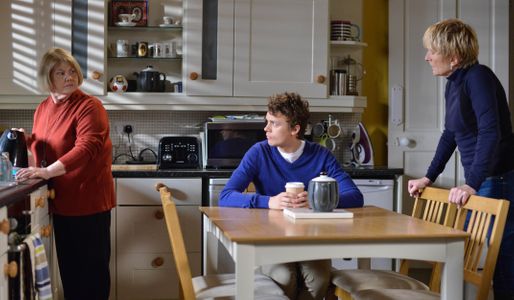