Mick receives an unexpected offer which could keep him from going to jail, but his family are shocked when he refuses. Meanwhile, Tina continues her struggle to care for Sylvie but is taken back when she shares an upsetting memory about the past with her and Shirley. As Tina reels, Shirley is less than sympathetic leading to an argument between the pair where Tina points out some harsh home truths. Back at The Vic, Johnny demands Mick tells Linda the truth about Lee and the debts before he goes to prison.

Across the Square, Shakil grows sick of Keegan and finally snaps at him leading to a fight. Carmel walks in on the commotion and gives Shakil a harsh reality check. Meanwhile, Carmel reels from recent and events and confides in Denise. Carmel suggests Denise holds a community meeting.

Lauren confides in Whitney about her relationship with Steven leading Whitney to offer some advice. Whitney remains frustrated after Shirley warns her to back off from Mick despite her just trying to help him find the money to pay the fine.​​ 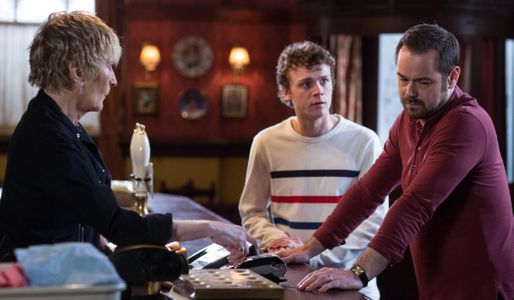