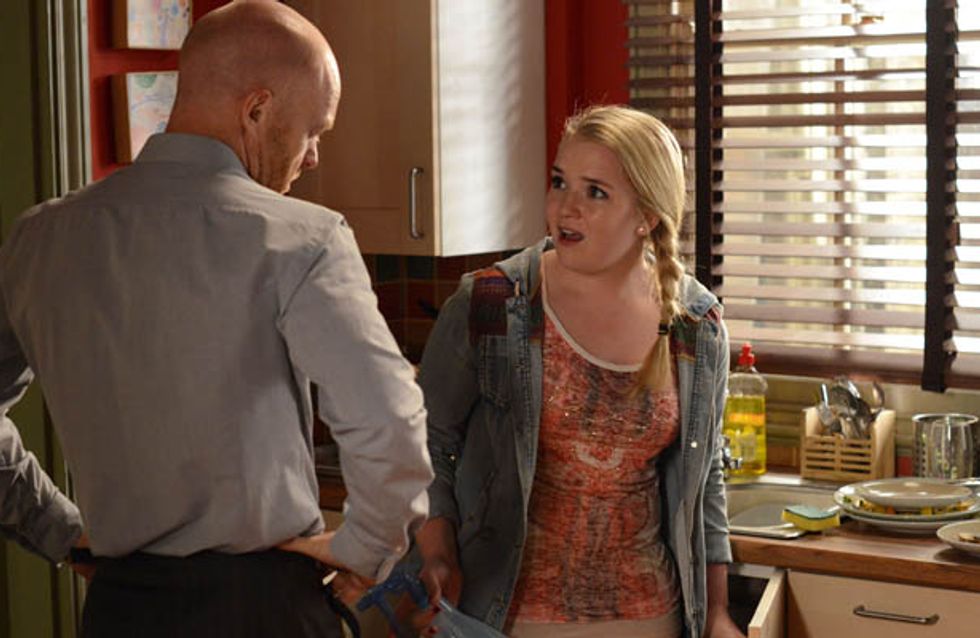 Peter and Lauren continue in their mission to find the mystery cab driver who brought Jake and Lucy home on Good Friday. Cora later confronts Peter and warns him that it is dangerous for him and Lauren to get involved. Lauren goes off alone and Peter is unable to get hold of her… Worried Peter reluctantly goes to Max for his help when there’s no sign of Lauren but she soon turns up in The Vic where the Brannings have a heated argument in full view of the pub. Cora gets the family back to her flat where Max makes a shocking relevation.

Armed with information, Tosh heads to the café where she tells Sonia Tina’s told her about the kiss. Sonia tries to justify it, but Tina arrives into the awkwardness between Sonia and Tosh. After Tosh leaves, Sonia informs Tina that Tosh knows about their kiss. Tina chases after Tosh to the flat where she is faced with an angry Tosh.
​
At Phil’s the tension between him and Sharon mounts when she is preoccupied with The Albert. Elsewhere, after making a snide comment about their relationship Aleks decides to make it up to Roxy by buying her a necklace and the pair agree to make their relationship official. Meanwhile, Aleks agrees to let Bianca sell dodgy fake tan on her stall if she gives him a cut of the profits and some cash up front. 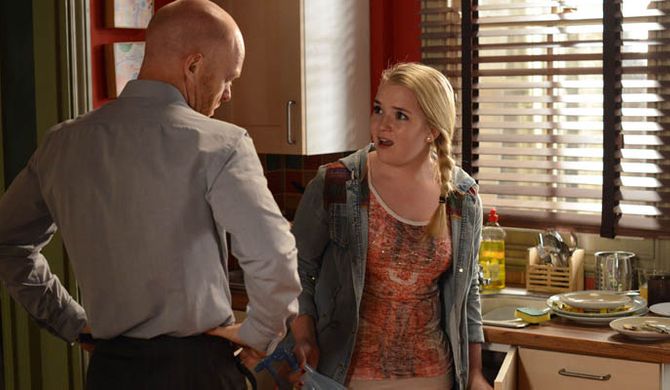 © BBC Pictures
by Emmy Griffiths
From hair ideas to outifts, look no further for your daily inspiration