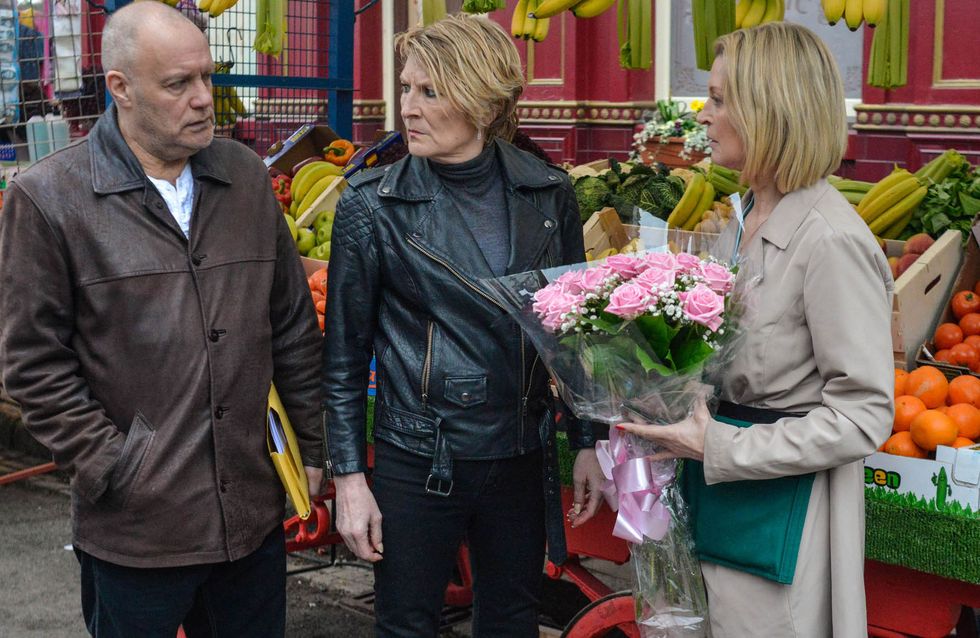 Buster continues with his mission to stop the CostMart sale but Shirley tells him to apologise toKathy for betraying her trust. Buster’s plan starts to fall apart when Kathy embarrasses him outside of Beale’s and the residents start to give up hope that the sale will be called off. Back at The Vic, Buster tries to rally support from his family and Johnny suggests taking the campaign online. Desperate to find money to help fund his campaign, Buster comes up with an idea and ropes in Lee telling him they’re going to Belinda’s – but what are they up to?

The Carters soon clock on that Buster and Lee are up to no good and Mick and Johnny head off to find them but they are soon roped into bailing them out of trouble when they see what they have done.

Jack to suggest they move in with Ronnie. After a heart-to- heart with Andy, Ronnie tells Jack they can move in but Ronnie is shocked when she later opens the door to find Peggy standing there.​ Meanwhile, tensions start to simmer between Bex and Louise when they both have eyes for Shakil.

© BBC Pictures
by Pascale Day
For all the best videos, memes and shareable news!