Ben returns home and assures Phil and Sharon he’s going to leave finding Paul’s killers to the police. Outside, Kathy attempts to talk to get Grant to open up but he instead demands the money he is owed. At the Beale’s, Grant had a heart-to-heart with Jane. The topic of Sharon soon comes up but they are interrupted when a livid Ian arrives with Kathy who has told him about the money she owes. Despite Jane recommending they should help, a stern Ian refuses to help Grant and instead insists he goes and talks to Phil. Outside, Phil attempts to reach out to his brother. Belinda opens up to Stacey about her fears for the salon and Stacey offers to help out. 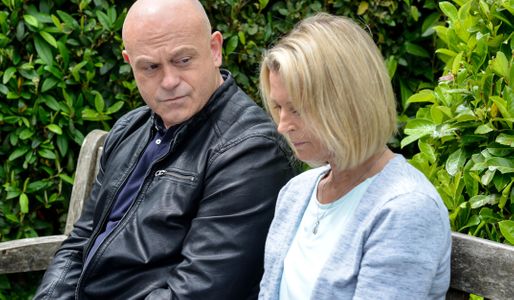 Eastenders 08/8 - Grant opens up to Sharon

Eastenders 04/12 – Lauren has a heart to heart with Max

Eastenders 09/06 - Abi Does Her Best To Support Lauren