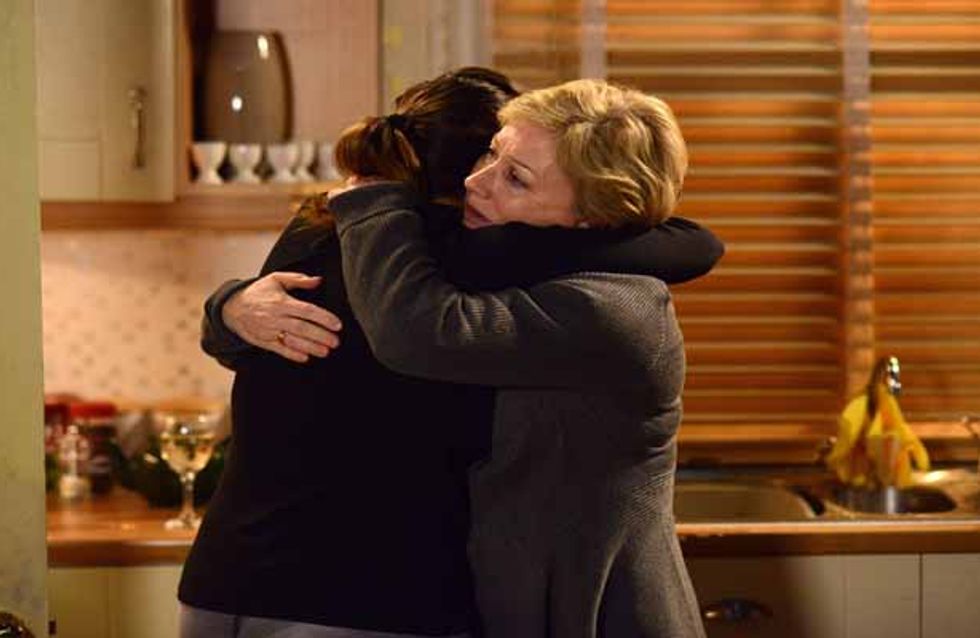 It’s a dark day in Walford as Stan’s health deteriorates rapidly and the Brannings struggle to process the news about Jim.

At the hospice, Mick, Shirley and Tina attempt to put their differences to one side and manage to pull together for Stan. After Tina heads home to get some rest, Shirley and Mick come clean about their feelings and admit they miss each other. However, worried for her son, Shirley soon sends a reluctant Mick home and assures him she can cope at the hospital by herself – Stan is her father. Shirley remains by Stan’s bed-side and refuses to let go of her dad; and after some final words from Stan, he peacefully slips away.

An upset Carol loses her patience with Max when he prioritises his car sales over Jim and she quietly finds it difficult to grieve for him when they were at odds for most of her life. At the prison, Sonia visits Dot and breaks the news and returns home with a letter to Carol from Dot. The letter reminds Carol that Jim was her father and she should remember the best of him. Later on, Carol finally breaks down in Sonia’s arms.

Elsewhere in the Carter camp, Buster does his best to build bridges between the two clans and despite Linda’s apprehension, attempts to worm his way in via Lee and Nancy in order to get the family on side. 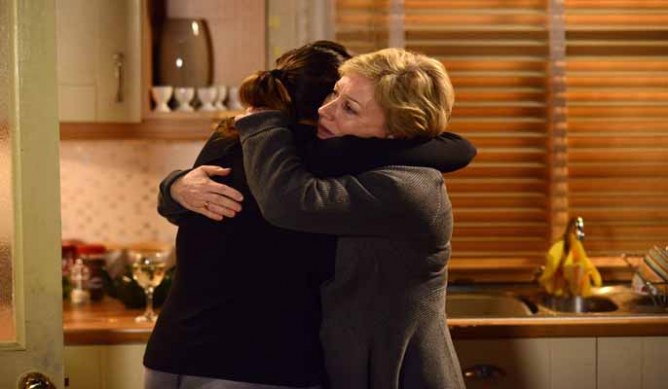