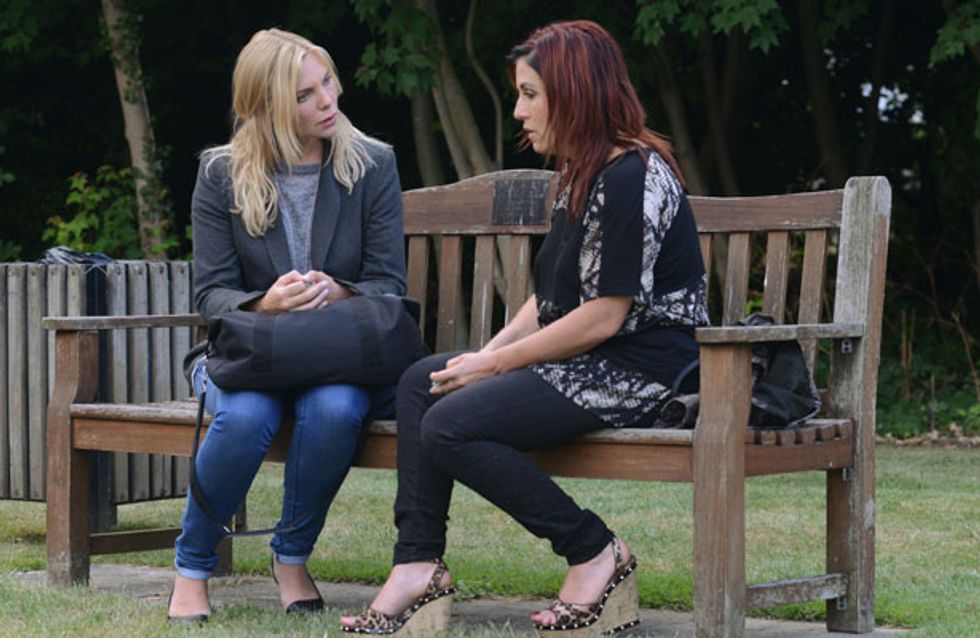 Ronnie's uncomfortable around Kat and keeps asking about Roxy - they were planning a fresh start in Ibiza.

She takes Kat's phone to call her but she instinctively hangs up as Alife's there.

Kat takes Ronnie for a coffee to explain about Roxy and Alfie's wedding.

Feelin sorry for her she offers Ronnie a place to stay; with nowhere else to go she accepts and can't believe it when she sees she lives with Michael.

Ronnie learns that Sharon and Jack never got married and tries to talk to him but gets the door slammed in her face.

Kirsty arrives at Scarlett’s to confront Ian over the witness statement and under pressure he admits that it his him but lies and claims he did see Max.

Carl is flustered by Shirley's presence at Phil’s bedside and leaves her alone with him.

She intends on gloating about the money but feels so sad and guilty she admits what she’s done aloud - not realising he's awake.

Lauren is feeling down in the dumps as Dexter agrees to do fix up a car for Carl.